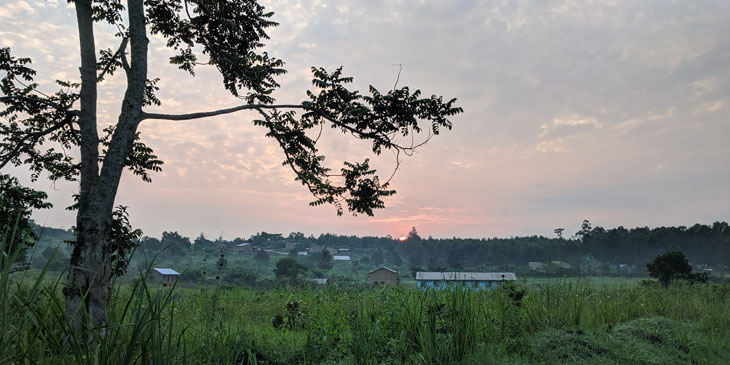 One reason that corruption is difficult to address is because it manifests differently depending on social expectations in different economic, political, administrative, social, and cultural contexts.

In Uganda, corruption remains widespread and represents a major obstacle to the country’s development. Robust anti-corruption legislation and institutions have been put in place, but with few concrete results so far.

Where we currently are conducting our research, in the villages surrounding Bwindi National Park in western Uganda, is no exception.  The Uganda Wildlife Authority (UWA) shares 20 percent of its revenue with villages surrounding the park. Implementation of the projects handled by local governments have frequently struggled with corruption.

Our research theorizes that fostering collective pride in good governance and providing positive recognition for local leaders who forego corruption will result in better management and decrease corruption in the national park revenue-sharing program. Our work offers a model for how ethnographic methods can contribute to the design of a randomized controlled field study, particularly around the social norms of corruption.

Several key findings emerged from the first phase of our ethnographic research:

One of the most challenging findings is that expectations by relatives and other members of one’s social network act as an incentive for corruption. Given the normative relevance attached to social networks and the moral imperative to help one’s kin, public officials holding offices are sometimes subject to strong pressures to respond to the demands and expectations of family members, friends, and village members in the form of favors, acquiring jobs or contracts, benefiting from community projects, and receiving contributions for social functions and school fees, among others. This tends to push public officers to acquire money by any means, including corruption.  Across all study sites, higher expectations of public officers from relatives and community members was cited as a motivator for leaders to engage in corrupt behaviors.

Positive public recognition appears to work as a potential anti-corruption tool. Findings from our ethnographic study show that public recognition of public officials is perceived as a motivator to adhere to the prudent financial, procurement, and management procedures, with potential to reduce risks of corruption.  It was established that positive recognition for performance and integrity enhances opportunities for leaders being elected to a higher-level office and/or promoted to higher positions. The first phase of the ethnographic study explored people’s understanding about the type of recognition intervention that would work best given local customs, norms, and beliefs. Recognition through public events, radio announcements, and certificates of excellence was perceived as a source of social prestige and recognition within communities.

Similarly, participants observed that communities long for a sense of collective pride that combines recognition of leaders and the community (village). Collective positive public recognition – such as announcing during public events and on the radio – for villages that excelled in their contributions to community social development projects were perceived to benefit a whole community. Positive public recognition also was perceived as contributing to the creation of a healthy competitive environment in which communities work to keep excelling in managing and optimizing benefits from revenue-sharing projects.

Therefore, complementing enforcement of laws with individual and community positive public recognition of excellent communities in revenue-sharing offers a means of incentivizing public and elected officials to do a good job in terms of following proper procedures and being accountable in implementation of revenue-sharing projects. If such efforts have an element of public positive recognition for the entire community, this has the potential to increase the vigilance of community members in holding their leaders accountable.

Armed with this knowledge, we are in a position to find better anti-corruption strategies. In particular, we build on the idea that promoting good governance requires a shift in more foundational social and civic expectations, and provide a test of using community recognition to shift these expectations.