The Ugly Death of an Empire

Kalkali El-Hadi tells the story of the fall of Algeria’s largest private bank, and the corporate shell game that hid the truth of its shaky finances from its investors, regulators and its customers. In the end, it was all too good to be true.

In early 2007, Algeria opened its “trial of the century,” a three-month spectacle that followed the biggest financial corruption scandal in the history of the country: the stunning collapse of Khalifa Bank, the country’s largest private bank.

The trial was the result of a three-year investigation that ensnared 4,000 people. Eventually 118 people, including executives, were arrested, but the man at the top, Abdelmoumen Rafik El Khalifa, was not one of them. He fled to Britain in 2003 when the scandal broke. The Algerian court tried him in absentia, along with 103 others. Khalifa and dozens of others were convicted. Khalifa was sentenced to life in prison and in late 2007 was awaiting extradition to Algeria.

The Khalifa trial came at a time when President Abdelaziz Bouteflika was trying to crack down on corruption. A tough law enacted in February 2006 provides that anyone charged with corruption, regardless of their official rank, would lose the traditional immunity from prosecution enjoyed by public officials.

* The Agricultural and Rural Development Bank (BADR — Banque de l’Agriculture et du Développement Rural), a state bank that reaches into many sectors of Algeria’s economy, misappropriated more than two billion dinars (US$30 million) in a series of banking scams.
* In the wilaya (province) of El Tarf, a financial scandal ended with El Tarf’s governor, Djillali Arar, in prison.

These affairs had so shaken the Algerian society that corruption had become the key domestic issue. But none of the scandals — indeed, no corruption scandal since the country’s independence in 1962 — was as big as the Khalifa affair.

The trial opened on Jan. 7, 2007, in a court in Blida, 30 miles west of Algiers. The 104 defendants were accused of more than 30 serious charges, among them theft, fraud, forging official and bank documents, bribery and abuse of power. However, the star defendant, the Khalifa business empire’s founder Abdelmoumen Rafik Khalifa, was in Britain, jailed on immigration and money laundering charges. An extradition agreement between the two countries was worked out just too late for Khalifa to be sent back to face justice in Algeria. Six other key defendants were also tried in absentia, after they fled to various European countries.

Khalifa, 40, is the son of a Cabinet minister in the administration of Algeria’s first president, Ahmed Ben Bella. Rafik Khalifa worked as a small-time chemist in Cheraga district before rapidly and mysteriously ascending to lead an empire of 10 companies. Between 1998 and 2003, Khalifa’s companies hired some 20,000 employees; the collapsed Khalifa Bank – the only Khalifa unit charged with wrongdoing — had 7,000 workers. It was a meteoric rise, and in hindsight, it was too good to be true.

The scandal began in 2003 with the arrest of three Khalifa Bank executives who were allegedly trying to smuggle two million euros (US$2.9 million) in a suitcase through Houari Boumediene Airport in Algiers. By June 2003, Khalifa Bank, the largest in Algeria, was bankrupt.

The collapse of Khalifa tore a hole in the public treasury. Hundred of thousands of Algerians lost their Khalifa accounts — accounts which were offering interest rates of up to 17 percent before the bank’s seemingly inevitable collapse. The government has insured the accounts, but only up to 9,200 euro (US$13,495). The majority of Khalifa Bank accounts were held by public institutions and state-owned companies. Thus the financial collapse reached not only Khalifa Bank customers, but all Algerian taxpayers.

The money is believed to have been siphoned from the Khalifa Bank accounts to fund the crumbling Khalifa business empire, which a leaked French intellegence report estimated was losing 500 million euro (US$733 million) a year. After suspicious Algerian regulators restricted money transfers from Khalifa Bank, Khalifa executives were left with less reliable methods of illegally moving money to their European subsidiaries, setting the stage for the dramatic airport arrest.

In April 2003, the authorities began their investigation. Of the 4,000 people who were investigated in some way, only 104 were officially charged. Two of those defendants — Abdelwaheb Keramane, former governor of Khalifa Bank, and his brother, Abdenour Keramane, former Algerian Industry minister — refused to stand before the court in the trial, saying the charges against them were politically motivated.

Even the lesser defendants in the case had relatively high profiles. Among them were executives of state-owned real estate agencies, general and national secretaries in the Algerian general labor union, officials from the national welfare office, employment-benefit and national-security organizations and celebrities from the arts and sports worlds.

The testimony was star-studded, with a parade of previous and acting ministers in the Algerian government called to the stand. The most prominent witnesses were Mourad Meddilsi, former Financial minister and the acting Foreign Affairs minister and Karim Djoudi, acting Financial minister. Two high-power witnesses who were called by the court but did not testify were former Housing Minister Abdelmadjid Taboune and Aboudoujora Sultani, leader of the political party Movement of Society for Peace.

After more than three months of very complicated proceedings, the court issued a sentence of life in prison for Khalifa and sentences ranging from one year to 20 years for others.

Afterward, the court was criticized for neglecting to charge enough of the key players in the construction of Khalifa’s financial empire — dubbed the “big fish” by the Algerian press. Among those critics was Algerian lawyer Saad Djebbar. “It is certain that big fishes escaped the net of Algerian justice,” he said. “Consequently, these sentences aren’t the end in this affair. Other prominent people were behind Khalifa’s cartoon empire, among them generals in the intelligence community.”

At the same time, relatives of the defendants expressed their disappointment in the sentences and in the lack of transparency of the trial, drawing a parallel to the trial of deposed Iraqi President Saddam Hussein. “Our relatives were tried quickly and in a less-than-open way. We don’t know about the progress of the trial. In this way, ours will go… as was done for President Saddam.” One of the defense attorneys criticized the court for breaking judicial procedure laws by opening the case in the Blida court and by limiting the window for appeal to three months.

The Khalifa trial became known as the “trial of the century” in Algeria. Considering the results, it has been a real test for the Algerian justice system and the rule of law, as well as a revealing look at the corruption reform begun four years ago. 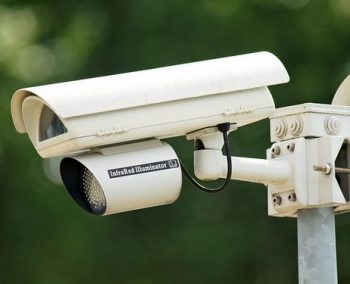