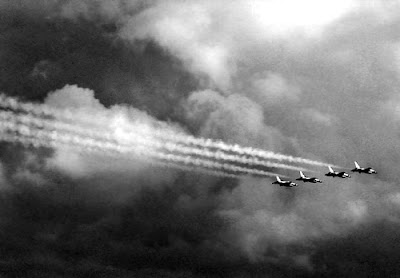 The Department of Defense’s Inspector General has investigated a relatively small US$50 million Air Force contract, painting a vivid picture of how conflicts of interest play out at the highest levels of government.

Despite the distress of employees involved in the contracting, the weight of rank pressed the deal forward, which awarded a contract for entertainment at the Air Force’s Thunderbirds air shows to retired military officers with ties to the Thunderbirds. After complaints from an opposing bidder (one of which bid to do the work at half the price), the contract was canceled, but no criminal charges were filed.

The report offers a searing, blow-by-blow account of how a relatively mundane Air Force contract spun out of control, highlighting serious conflicts of interest in the selection process, officers stacking the deck in favor of friends, and others influencing a system designed to eliminate such favoritism in spending taxpayer dollars.

Our previous coverage of the funding struggles of the Inspectors General.