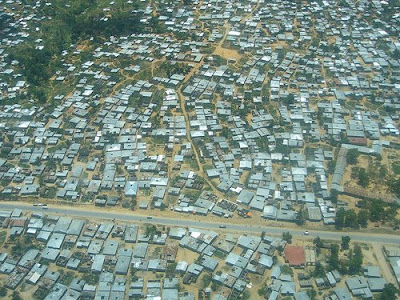 Global Integrity’s Sebastian Sanga writes from Tanzania with a review of last year’s electrical power crisis, and the political powers that let it happen. The report, in the words of a peer reviewer, “gives a vivid picture of the gravity of the corruption cankerworm in Tanzania.”

My mind reels whenever I think of the electricity crisis that plagues Tanzania. The nights are the worst: Frequent outages enable thieves and bandits to ply their trade, terrorizing the citizens. The risk of deadly fires is high as people opt for candles and oil lamps to light their houses.

Rolling blackouts are now the rule rather than the exception. In the process, many industrial and domestic appliances are damaged. Fires are rampant in many areas of the city. And there is little hope of lasting change — because of the problem of corruption.

Across the country, the air is thick with fumes from generators. The hum of their motors is heard everywhere in the cities and towns. The pollution is compounded by the smoke that emanates from thousands and thousands of chimneys and windows, as firewood and charcoal have replaced electricity for domestic use. And 99 percent of the rural population — nearly 28 million people — have no access to electricity at all.

This causes unprecedented deforestation rates, with over 91,000 acres of forests vanishing annually due to the voracious demand for firewood. Wood biomass accounts for 90 percent of total energy consumption. Meanwhile, the imposition of strict rules on charcoal businesses — originally put in place for environmental reasons — prove nearly impossible to enforce, due to the lack of alternative sources of power. Instead, the price of charcoal keeps rising, affecting the standard of living of the majority of ordinary Tanzanians. A bag of charcoal now sells for 25,000 shillings (US$20.04) — a considerable burden on low income earners.

Power outages have a variety of spillover effects. For instance, water crises in Dar es Salaam are endemic due to the electricity required to keep the city’s water pumps operating. Residents often are forced to drink water from unhygienic sources, leading to deadly cases of diarrhea and other diseases.

The poor are hardest hit. Meanwhile, the powerful are capitalizing on the tragedy to accumulate wealth with which to contract defective and controversial power projects. Meanwhile, the lack of rainfall reduced electricity production at the hydroelectric plants from their installed capacity of 650 megawatts to as low as 200.

To counter the crisis, the government tried various strategies, including signing contracts to lease gas turbines from, among others, the U.S.-based Richmond Development Co. (RDC). The government planned to lease a 100-megawatt power plant, for US$172 million. Construction was planned for December of 2006 at the latest. The contract, unfortunately, was a scam. RDC turned out to be a “mailbox company” that had no record of credentials in the United States. Mohammed Hugue, an economist from Pakistan, and a Tanzanian-born businessman, Mohamed Gire, were behind the project.

Investigations revealed that RDC had links to a number of powerful local interests but had no experience or capacity in the energy sector. Furthermore, there were other allegations that Mohamed Gire had improperly leveraged connections with a number of friends who were ministers and other government elites.

The project approval process was also questionable: big shots wielded undue influence on procurement projects on behalf of RDC, despite a previous evaluation report by a technical team of the Tanzania Electric Supply Co. (TANESCO). The report found that RDC was incapable of executing the project. Other informants linked ministers to the firm. The prime minister, Edward Lowassa, who personally formed the committee to negotiate the power deal with RDC, contrary to the position of the technical team, was at the center of the talks about the controversial project.

Production was to start within 60 days, between Sept. 18 and Nov. 18, 2006. But the deadlines passed with nothing but excuses. While RDC’s country manager, Naeem Gire, claimed his firm had difficulty shipping the turbine from North Carolina, TANESCO said RDC was trying, in vain, to raise US$10 million from the local sources to pay for lease and air freight charges.

Guarantee was a problem: RDC had lately transferred the offer to a third party, Dowans Holdings of the United Arab Emirates, for an undisclosed amount. Dowans Holdings, for its part, had managed to pocket US$102 million from the government, despite complaints by the public to stop the deal so as to launch an independent parliamentary committee to carry out investigations.

Opposition legislators pressed for an independent parliamentary committee to investigate widespread allegations of corruption in the deal,within the executive branch. In April 2007, ministers blocked the matter to be discussed in the House and passed the issue to the Prevention and Combating of Corruption Bureau (PCCB), a pro-state anti-corruption agency.

A tug-of-war emerged between PCCB and Parliament. The PCCB criticized the legislators for their demands to probe into the power deal, saying the issue was under its jurisdiction. This assertion was challenged by the speaker of Parliament, but he was unable to bring the topic to the floor — which forced Parliament to drop the whole issue, following the negative reaction from the executive and from a cross-section of legislators from the ruling party, which occupied over 85 percent of the seats. The prime minister is alleged to have summoned parliamentarians from the ruling Chama Cha Mapinduzi (CCM) party and instructed them to abandon the RDC issue for the sake of party solidarity. The PCCB prepared its own investigative report, which conveniently cleared the executive in the scam. PCCB is accountable to the president, and the bureau’s director is a presidential appointee. Efforts to make PCCB an entity independent from the executive proved futile in April 2007, when the government opposed the idea.

In July 2007, members of Parliament raised fresh concerns over the scandals in the power sector, including the PCCB report on the RDC deal. Parliament wanted to gain access to other contracts pertaining to other questionable projects. But their efforts hit a snag for the second time as ministers, including the new minister for energy and minerals, Nazir Karamagi, were adamant that the contracts were the exclusive preserve of the executive branch.

Corruption in the energy sector is making life difficult not only for Tanzania’s poor, but also for its investment community. Households and industries connected to the national grid face exorbitant tariffs coupled with an unreliable power supply. Viable power sources like coal and other new hydropower sources are neglected. They include the Kiwira coal plant, with the capacity to produce up to 200 megawatts and the Mchuchuma coal plant, with a 400-megawatt capacity. Hopes that the new government would be able to curb corruption are evaporating as disputed projects continue to gain approval from the executive.

Existing Independent Power Projects (IPPs), including Independent Power Tanzania Ltd. (IPTL) and Songas, are but a burden to the taxpayers. IPTL costs Tanzanians dearly. Studies have found IPTL to be more expensive than 16 similar diesel projects in developing countries. In 2005, charges to TANESCO by IPPs averaged US$13 million per month, equivalent to 68 percent of utility revenue. By 2006, charges reached US$17.5 million per month, more than 95 percent of total utility revenue, making it impossible for TANESCO to be a sustainable venture to finance investment as part of improving reliability or expanding electrification.

The power sector drama is just the tip of the iceberg of corruption in Tanzania. The Bank of Tanzania (BoT) is now embroiled in financial scandals. BoT has lately paid some US$30.8 million to a suspicious company, Kagoda Agriculture Ltd. (KAL) which claimed to have been “assigned” to collect debts owed to twelve foreign creditors from Europe, Japan, and the U.S. The money was paid to KAL, which presented deeds of assignment “signed” between Sept. 10 and Nov. 3, 2005. The company managed to raise this huge amount in a very short time after its registration. The foreign creditors have denied that they appointed KAL to collect the funds on their behalf.

Furthermore, a document circulating on Internet message boards fans the flames of the BoT scandals. The unconfirmed report claims that an organized crime network involving Indians, law firms and Tanzanian civil service employees continues to embezzle resources from the central bank. The International Monetary Fund (IMF) has instructed the government to appoint an accredited firm to audit the Bank of Tanzania’s accounts. Parliament has demanded a parliamentary probe of the allegations, but the Ministry of Finance has rejected the idea.

The KAL drama and the alleged formation of an organized crime network is just the beginning. Other scandals involve the construction of the Bank of Tanzania Twin Towers, whose overall cost is said to have been so inflated that it now stands at a staggering US$340 million. Experts say one could construct four similar buildings in London or Tokyo with the same amount of money. Other reports of poor governance have emerged in the mining, hunting and timber export industries. Some reports estimate that 96 percent of logging revenue is lost due to corruption.

A lack of checks and balances in the system is partly to blame. Abuse of power continues to thwart efforts to promote sound governance, while Parliament has proven nearly useless in its oversight role and as a check on executive power. Democratic governance is elusive as powerful and self-interested economic actors gain control over the executive branch and wield its powers to their own advantage. Annual auditing of public funds by the Controller and Auditor General, capacity building for the PCCB, awareness campaigns on corruption, donor-supported governance initiatives as well as the formation of the sector Parliamentary Committee are not effective enough.

This is partly due to state capture, a process in which powerful elites from the private sector buy off politicians and bureaucrats to twist laws, budgets, projects, policies and regulatory environments in their own interest. The majority of parliamentarians are little more than rubber-stamp legislators, who approve defective plans from the executive branch with little due diligence or scrutiny. Political patronage dilutes governance-building initiatives.

Thanks to political stability, there have been no riots to date. But unless a comprehensive effort is made across all branches of government to promote sound governance and integrity in government, Tanzania’s infrastructure and resource challenges will be here to stay.

Call for Journalists: Stories on Strengthening Compliance with the Law at the Local Level