Latin America and the Missing Ombudsmen 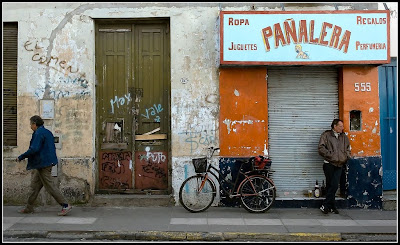 The Latin American countries included in the Global Integrity Report: 2008 all have an ombudsmen’s office or equivalent institution intended to resolve complaints from citizens. But Global Integrity’s local researcher teams report that these seats could be empty and it wouldn’t make much difference. Time and again, this crucial accountability institution is staffed by government loyalists, undercut by political interference or simply ignored by the rest of the government.

In Nicaragua, there is an Ombudsman, but the agency rarely hears cases from citizens. “No cases are even brought up to his office” by individuals, because people think the agency is a tool of the Executive. The chief Ombudsman and the second in command were former or acting congressmen at the time of the selection, in the view of our local research team, their election was not based on professional knowledge or experience. They continue to be active members of the two traditional political parties. So far, all the decisions taken by the Ombudsman have been in favor of the Executive or members of the ruling party.

Chile has a presidential commission to receive citizens’ claims about public services and Executive branch procedures. However, most citizens don´t even know about it and its core mission is to make reports to the President. Appointments depend entirely on the Executive, the commission doesn’t have the power to force other institutions to cooperate and none of its cases so far has had any impact.

The Ombudsman and the supreme audit institution in Argentina are independent and can initiate investigations of cases “sensitive” for the Government, but both remain weak. They cannot impose penalties and the audited public agencies are not required to act on their findings, beyond simply answering some questions and giving explanations. This allows for public sector corruption to be addressed at the Government’s discretion.

Ecuador has an Ombudsman established in the constitution, but in practice, this office is generally considered “unable” to help citizens with their complaints. The head of the agency is elected by Congress, which by law is supposed to “listen” to what a few recognized human rights advocacy organizations have to say about the appointment. However, Members of Congress appointed someone who didn’t have the support of these organizations and who has been questioned in relation to nepotism cases and is considered close to one of the major political parties.

In Colombia, some good news: there’s a highly-trusted independent General Prosecutor to hear human rights complaints. But this can hardly make it up for the lack of transparency in judicial decisions, as Colombian judges worry about violent reprisals from armed groups, drug traffickers, and corrupt politicians. Decisions made answering these pressures are difficult to explain and as a result local courts are the least trusted.