US President Barack Obama’s assertion that “Africa’s future is up to Africans” seemed to be last week’s quote of the week. This statement (from Obama’s July 11th address to the Ghanaian Parliament) bounced through news cycles around the world.

Obama’s speech on the role of international aid in Africa has been sliced and dissected to the point that Global Integrity couldn’t add much to the now receding din. Instead, here is a collection of the best reaction pieces we’ve found.

Obama’s statements did not go unnoticed at Global Integrity: see our previous Commons post on Global Integrity reporter Anas Aremeyaw Anas who was featured in Obama’s speech! With our institutional emphasis, we were most excited by another quotable moment from Obama’s address: “Africa doesn’t need strongmen, it needs strong institutions.”

Here’s what the rest of the blogosphere was saying:

Danni Kaufmann, one of the original thinkers on corruption indices, writes a piece on his blog, the Kaufmann Governance Post. Kaufmann rightly points out that Obama’s choice to visit and deliver his speech in Ghana adds to the power of his statements. Kaufmann also speaks to the need for aid agencies to be more transparent in pushing governance reforms.

On AidWatch, William Easterly highlights and grades key passages of Obama’s speech. Prof. Easterly doesn’t give Obama an overall grade, but even with a few missteps, he seems to find the speech more than passable.

Andrew M. Mwenda, editor of the Ugandan periodical The Independent, was less impressed in his featured post on Foreign Policy’s blog: “Obama repackaged the same old views in less diplomatic language.” Mwenda claims that corruption will not decrease with governance structures and laws alone. New incentive structures must be created for African leaders to buy into the process.

Also on AidWatch, guest blogger and NYU professor Leonard Wantchekon questions whether Obama perpetuated the misperception that most of Africa is in a perpetually war-torn state. Be sure to read the comments and Wantchekon’s follow-up post.

Coming Up Next: Conference on Emerging Market Development 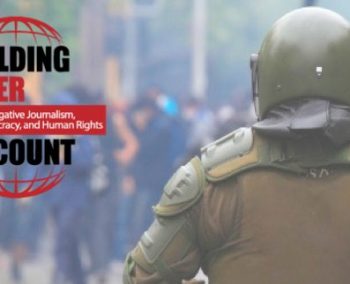