Dragons in Africa: Handle with Care

You’ve got turmoil on your borders, and a container ship full of arms offshore ready to fan the flames. What do you do? If you’re South African, you organize, and win.

Another post from our China/Africa series: Nicole Fritz reports how a Chinese ship unwillingly became a catalyst for organizing civil society across the Southern Africa region.

Fritz is director of the Southern African Litigation Centre. Her paper, part of a South African Institute of international Affairs series, tells this story…

In April 2008, a media tip floated through South Africa stating that a Chinese ship, MV An Yue Jiang, anchored in Durban harbor was planning to unload arms and transfer these weapons to Zimbabwe. At this time, post-election violence was reaching alarming levels in Zimbabwe as the reigning Zanu-PF regime launched targeted attacks on anyone suspected of supporting the MDC opposition party. Fritz writes, “It wasn’t hard to imagine what these weapons might be used for.”

Coming together in a perfect storm of public protest, South African trade unions, lawyers, media and civil rights activists working — initially independently, then together. Human rights groups camped out on the edge of Durban harbor. Journalists sacrificed exclusive stories to spread the word more quickly. Trade unions announced they would not transport the weapons. Legal groups challenged the ships right to import arms.

And the movement didn’t stop at the South African border: Mozambican, Namibian and Angolan civil society groups stood behind their South African (and Zimbabwean) partners, together preventing the Chinese from unloading anything more than construction materials. Fritz lays out the reasons for the success of this campaign in her piece published by the South African Institute of International Affairs.

Key causes of this success were active media involvement, a tangible focal point and preexisting regional networks. Unfortunately, Fritz concludes that this internationally coordinated effort may not be often replicable. However is it a remarkable success story, shipped from (and returned to) China. 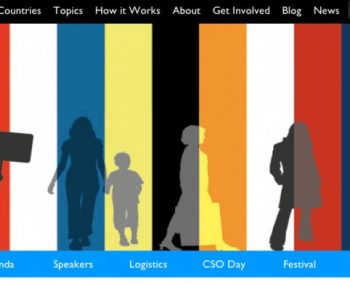 US Government Releases Preview of Next OGP Action Plan

“Ethics Were Destroyed” in China; Simmering Discontent as Economy Falters