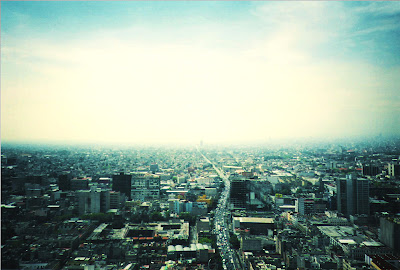 The pervasive influence of drug cartels in Mexico is, by now, a fixture in the media and public imagination. Since the beginning of Felipe Calderón’s tenure as President of Mexico, his administration has taken a more aggressive stance against the Mexican drug cartels. During Calderón’s presidency there has been increased violence especially in the cities that border the US, infiltration of drug cartels into the army and other government agencies. On the bright side, there have been notable arrests, including most recently that of cartel leader Arturo Beltrán Leyva (who was killed during the bust) and his brother Carlos.

However, of growing concern is the potential danger of drug cartels penetrating Mexican politics.

In a previous blog post I mentioned that in a conversation I had with the former head of the Mexican Federal Electoral Institute (just months before he assumed that position), he justified why Mexico should have a political finance system largely dependent on public funds (i.e., coming from taxpayers). He argued that a system like the US, which is more reliant on private contributions, would be dangerous because of the potential infiltration of drug traffickers into politics. (As a point of clarification, Mexico’s political financing does indeed rely heavily on public funds, as was the case in 2003 when I had the aforementioned conversation, and for many years before that.)

For a review of political finance rules, see the Global Integrity Report: Mexico. Narcotraffic was also featured (in gory detail) in our last Corruption Notebook for Mexico.

A recent in-depth piece* by the Mexican newspaper Reforma published January 10, 2010 highlights some reforms that could help prevent drug cartels from inserting themselves in Mexico’s electoral system. In early December a roundtable discussion about the challenge of illegal financing in politics (in Spanish, “La democracia en una encrucijada: El reto del financiamiento ilícito de la política”) was held at “Los Pinos” — the Mexican President’s Office — organized by the International Institute for Democracy and Electoral Assistance (IDEA) and the Mexican Ministry of Foreign Affairs. Among the participants in this discussion were a former auditor general of Argentina, a former Vice-President of Colombia, the founder of the Russian chapter of Transparency International, a former Corruption Prosecutor of Spain, and other international experts. Various recommendations were presented. However these were apparently not heeded since Calderón introduced in mid-December a bill to the Mexican congress which entailed many political reforms except for the measures that were suggested at this discussion. Reforma interviewed some of these experts for their in-depth piece.

The political reforms introduced by Calderón might not be bad, but they address other issues and won’t do too much to prevent the potential entry of drug money into Mexican elections. Among the reforms proposed by the Calderón administration are: enabling the consecutive reelection of mayors, federal and state representatives for up to 12 years; eliminating party-list proportional representation senators; establishing run-off elections for president; allowing CSOs to propose bills to congress; and enabling the Judicial Branch to introduce bills related to their competence.

So, besides having a political finance system more reliant on public funding, what additional related measures should be implemented in the Mexican context? This is what the roundtable experts recommended:

So while strengthening the Federal Electoral Institute is key, as mentioned earlier, this should be conducted in tandem with efforts to strengthen the electoral agencies at the state level as well since they may very well be the weakest links. So the answer doesn’t just lie with the federal organization, cooperation and coordination between the electoral agencies and other government bodies is necessary to protect Mexican politics from drug money.

Some of these recommendations may be more appropriate for Mexico, but some could be applied to prevent illegal flows of money from organized crime in to political campaigns and parties in other countries.