Lack of Political Will Hinders Access to Information Regimes in Africa 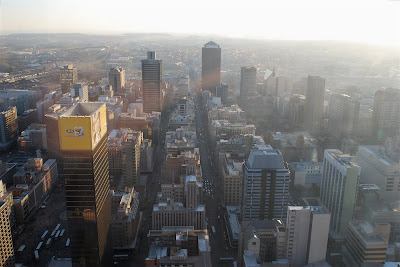 The Carter Center held a Freedom of Information (FOIA) summit in Africa last month to discuss the continent’s continuing struggles with citizen access to information. What was agreed upon? Tracking with findings from previous Global Integrity Reports, participants noted a need to go beyond broad rights to information (as guaranteed in the constitutions of many African nations) and towards institutionalizing citizen access regimes. In other words, the time has come to implement these rights through institutional mechanisms that guarantee citizen access to government information on a daily basis.

For three days in February, over 100 participants from governments, media outlets, NGOs, and the private sector, representing twenty African countries, gathered in Accra, Ghana for the African Regional Conference on the Right of Access to Information sponsored by the Carter Center. The goal: to gather ideas on how to advance the right of access to information on a continent that has severely lagged behind the rest of the world in passing legislation and providing safeguards for access to information.

Implementation Stunted Without Political Will

Conference participants agreed that in Africa, political and institutional constraints have limited opportunities to exercise the right of access to information. These findings mirrored those of the Global Integrity Report: 2009. For example, in Ghana and Sierra Leone, we found that laws guaranteeing a citizen’s right to access government information and basic records are absent. In Ghana, a lack of political will has impeded the passing of access to information legislation — a Right to Information Bill has been pending since 2002 and has yet to be presented to Parliament. Our researcher in Ghana reported that although it is possible for citizens to obtain government information, such access is often dependent on bribes and personal dealings with public officials in charge of the information.

The Carter Center’s conference also concluded that even when FOIA-type laws exist, insufficient political will and weak legal and administrative guidelines have handicapped the actual implementation of these laws. Similarly, our researchers found that in many African countries with access to information laws on the books such as Liberia, Malawi, and Kenya, there are no institutional mechanisms in place to handle appeals if a citizen is denied access to government records. Laws in Liberia and Malawi are largely ineffective; obtaining government information and records can take months.

Utility of Information: A Case Study in Uganda

While access to information can undoubtedly help citizens demand enforcement of their rights and increase efficiency of service delivery (think public expenditure tracking surveys), in most countries, it is journalists who make the most use of open government provisions. Investigative reporting has the potential to spark public outrage and reform. Governments know this and (as was discussed at the Carter Center conference) this is one reason they may be less than enthusiastic about sharing information with the public.

In Uganda, a country that boasts one of the higher scores in public access to information indicators in Africa on the Global Integrity Report, the government refused to release information on profit-sharing agreements it signed with two oil companies, even to Parliament. This past December, two Ugandan journalists and a separate NGO sued to force the government to publicly reveal details and copies of the profit-sharing agreements. The power of journalists in Malawi to expose corruption in government is limited without an access to information law in place. Our reporter in the country noted, “Without this piece of legislation, journalists have to circumvent red tape to access vital information, a situation that tends to limit their accuracy and put them at risk for lawsuits.”

The African Regional Conference on the Right of Access to Information culminated in a regional plan of action that includes recommended actions for regional and international bodies, states, and non-state actors to advance the right to access to information. Participants agreed it is not enough to have laws guaranteeing access to information; governments and citizens must take responsibility to ensure information and records are provided effectively.