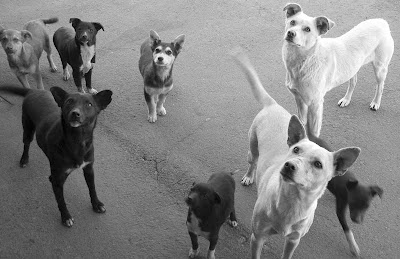 It is a really bad sign when police find more than US$1 million in cash in the office of the Administrative Appellate Court head, particularly if his explanation is that he was going to give the money to a church and didn’t have “time” to do it.

But for lawyers and prosecutors in Ukraine, the time to think about the meaning of signs is over. Most of them are nowadays convinced that their country has as many corrupt judges as stray dogs, as one of them bluntly puts it in the 2009 Reporter’s Notebook: Ukraine.

In the report, local author Vlad Lavrov shows what it is like to work in a legal system where so many judges should leave the bench and take the defendant’s seat.

The story is part of the Corruption Notebooks, a collection of stories by leading investigative journalists from around the world on what happens when the public is either uninformed about abuses of power or incapable of doing anything about it.