Reporter’s Notebook Nepal: When “pocketless” pants can make a difference 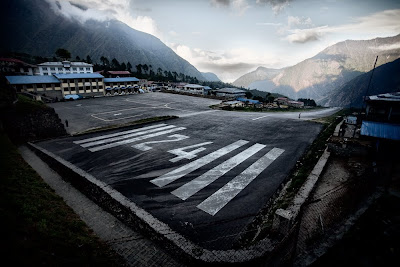 In Nepal, tourists don’t need to leave the airport to start experiencing the “adventures” of visiting one of the most corrupt countries in the world.

True to the country’s bad reputation, corruption makes a quick appearance as soon as passengers arrive and are victims of everything from bribes to plain theft, by staff of the Civil Aviation Authority of Nepal, airlines, customs, immigration and even security personnel.

Mandatory “pocketless” pants for airport employees were recently proposed as possible deterrents to corruption but, as it usually happens in the country, the measure failed to be implemented.

In the 2009 Reporter’s Notebook: Nepal, local journalist Surendra Phuyal takes us out of the relatively controlled airport environment and into the country’s daily life marked by corruption.