In Rwanda, Ominous Signs of Authoritarianism 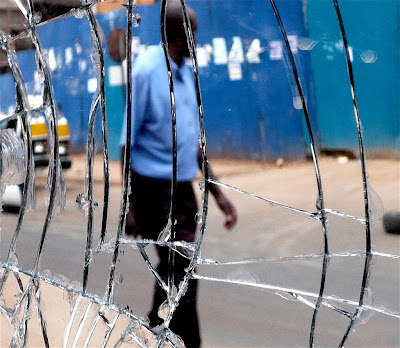 Rwanda: Ominous Signs the Country is Drifting into Outright Authoritarianism

An Editorial by Steven Baguma

Rwanda may have scored well in the Global Integrity Report: 2009, but if a series of recent events is anything to go by, then President Paul Kagame’s government is slowly turning into outright despotism.

In the Global Integrity Report: 2009 (released in February),Rwanda received a moderate score for the existence and effectiveness of key anti-corruption safeguards and institutions, many of which have been strengthened due to the government’s recent focus on attracting foreign business investment. For example, Rwanda’s Ombudsman’s Office and the Auditor General’s Office are stand outs and have helped to keep corruption under control in parallel with President Kagame’s relentless call on government officials to refrain from the lethal practice that has plagued most African countries.

The Rwanda scorecard however, highlights accountability issues in all the three branches of government, the lack of public access to information and the ruling Rwandese Patriotic Front’s continued consolidation of political power as some of the challenges that ought to be addressed.

Despite of all the economic progress in post-genocide Rwanda and with the aforementioned flaws in mind, Global Integrity researcher Norah Mallaney analyzes the 2009 findings from East African nation in her piece Rwanda, Encore? The Longevity of Rwanda’s Governance Reforms is Uncertain. Mallaney’s commentary raises a hot issue on the minds of many political pundits: “can accountability reforms keep pace [with foreign business initiatives], or will Rwanda eventually end up on the list of one-man-rule countries?” she wonders.

In responding to Mallaney’s concern, I can’t agree more with the latter: in contrast to the rather rosy picture depicted by the Global Integrity Report: 2009, on the political front what’s going on in Rwanda lately is indicative of anything but democracy and good governance.

Despite the fact that in just four months Rwandans will head to the polls to elect their president for the next seven years, there have been little or no public debates and campaigns preceding the big event in August. By law, political parties are not allowed to campaign until three weeks before election day.

There have been no robust debates between the ruling Rwandese Patriotic Front (RPF) and the so-called opposition parties about issues of national concern. And there’s absolutely no indication whatsoever that history won’t repeat itself—in 2003, incumbent Paul Kagame carried the presidential polls by a resounding 95.1%.

Actually, the leaders of 9 officially registered opposition parties have been rather mute and are more likely to endorse President Kagame as most of them have done in the past. This would certainly be no surprise since they are fond of rubber-stamping RPF-led government policies.

There are no reliable public opinion polls on the elections, but Kagame is expected to win with a landslide — so far no “lawful” opposition members have declared their intentions to tussle it out with Kagame, and those who have publicly voiced their intentions of running against Kagame cannot get their parties registered.

The question now is not whether Kagame is likely to win or not, but rather whether he will actually honor the constitution and step down after his next seven year term lapses? Or will he emulate his Ugandan counterpart and mentor Yoweri Museveni and manipulate the constitution, eliminate the term limits and cling to power? Until 2017, who knows.

With no threat from the registered nine opposition parties, the ruling RPF and the Rwandan government have thwarted efforts of two newly formed opposition political parties to register. This action prohibits the two new parties from officially participating in the forthcoming elections regardless of the fact that they have all the constitutional requirements.

Victoire Ingabire, the outspoken president of FDU-Inkingi, who recently returned from exile in the Netherlands, and Frank Habineza of the Democratic Green Party of Rwanda, have been vocal and critical of RPF policies.

According to local and international media reports and human rights watchdogs such as Human Rights Watch and Amnesty International, members of the two parties have been harassed, intimidated and detained in a bid to dampen the spirit of anything opposition.

In its recent report on the developments, HRW quotes its Africa Director Georgette Gagnon saying “The Rwandan government already tightly controls political space,” adding that “These incidents will further undermine democracy by discouraging any meaningful opposition in the elections.”

Appearing on CNN’s Amampour last month, Kagame adamantly said Habineza will “absolutely” contest in the elections if his party meets the constitutional requirements.

“It’s not just doing anything anyhow. We also have to be guided by the rules,” he told Christiane Amanpour.

So far neither Kagame nor the Rwandan government has given a sound reason to deny the party to register. And as for Ingabire, Kagame said on the same show that her “revisionist” views on the 1994 Genocide are “insulting.”

If there is actually political freedom and space in Rwanda, as Kagame claims, then Kagame should let issues be fixed by the ballot box– why not let Ingabire and her party register and contest in the election? If her views on the Genocide are “revisionist” or unacceptable, then Rwandans will automatically reject them by not voting for her. And why is it that she hasn’t been formally charged in the courts of law? Is the government still collecting evidence?

If opposition supporters can’t take chances on political opponents, how about newspapers that are read by millions? The Media High Council in Rwanda has suspended two vernacular newspapers, Umuseso and Umuvugizi, for 6 months for allegedly “violating media law and inciting public disorder.”

To outsiders, this can be shocking news, but to those who have followed the Rwandan media situation closely, this decision unfortunately seems long overdue. The two newspapers, especially Umuseso, have been quite critical of the Kagame government, the RPF and the military.

As a result, many Umuseso journalists have fled the country after facing harassment and detention. Current editors and top journalists of the paper are not strangers to jail. This decision comes just weeks after Charles Kabonero and Didas Gasana, both top editors of the paper, were sentenced for 1 year and 6 months, respectively, for publishing a story about an alleged affair involving the Kigali City mayor and a cabinet minister. Another reporter of the paper was also sentenced to 6 months in jail. The 3 journalists were fined 1m Rwandan Francs (approximately US$1700.00).

Umuvugizi has continually faced threats and harassment at the hands of government machinery. Umuvugizi Managing Editor John Bosco Gasasira is lucky to be alive today– in 2007, he was severely attacked by unknown assailants who beat him into a coma. The government promised to investigate and bring the attackers to justice but nothing came of those investigations.

Eleneus Akanga, a Rwandan Journalist living in the UK, said of the move, “Kagame’s action only confirms what we have long said. The guy is a monster; he has no respect for humanity and human values and will do anything to maintain his dictatorial tenure. It remains to be seen if the international community will rise to the occasion and remind him that free speech is part and parcel of democracy.”

Akanga was part of the group of veteran journalists who were fired from the pro-government The New Times, and then founded The Weekly Post. That newspaper was banned and its license revoked when its maiden edition hit the streets. Déjà vu!

So far this year, two Rwandan envoys to India and The Netherlands have abandoned their assignments and sought asylum in South Africa and the Netherlands respectively.

Lt. Gen. Kayumba Nyamwasa fled Rwanda through Uganda after falling out with the Kigali regime. He did not mince words shortly after his defection; he told Voice of America in March that “the regime in Kigali is really descending into total dictatorship and you know absolute power corrupts absolutely. So, in this case you don’t have to have a different opinion [to get in trouble], you are not supposed to debate and if you are perceived to have a different opinion on anything, then you are an enemy. That’s what happened to me.”

The government has since linked the former army chief to a series of grenade attacks that recently rocked the Rwandan capital. Kayumba joins another fugitive Col. Patrick Karegeya in South Africa. Karegeya is also former spy chief who fled Rwanda 3 years ago after falling out with Kagame. The two generals are wanted by the Kigali government for having ties to “terrorist” networks.

Without mentioning names, Kagame recently lashed out at former allies now in exile: “Those fleeing are like [the waste] being excreted,” he said amid applause, before he had even completed the idea he was advancing.

The other envoy who quit is Jean Pierre Bizimana, who until recently was Rwanda ’s ambassador to the Netherlands. There have been reports that Bizimana defected due to his links with opposition politician Ingabire Victoire.

Envoys defecting, the crackdown on opposition, journalists sentenced, critical newspapers shut down, the noticeable lack of substantive debate ahead of the August presidential polls — by all measures, these regrettable incidents demonstrate how Rwanda is veering off the democratic course.