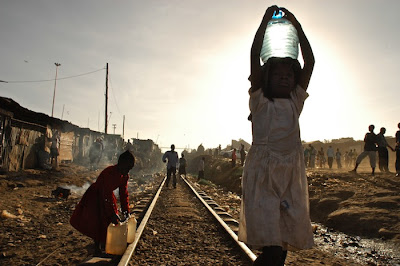 Kepher Otieno, lead reporter in Kenya for the Global Integrity Report: 2009, is concerned with the lack of financial accountability in his country. Yet he doubts that legal reform alone will curb graft in Kenya. Speaking to this impunity, Kepher describes his Mashup Challenge entry as an attempt to “dig into possible solutions” including coupling tax law reform with greater levels of auditing and citizen input in resource allocation decisions. In Kepher’s words:

Having critically examined ceaseless corruption rampant in Kenya’s government, and how some of the incumbent leaders were either reluctant to uphold the rule of law, I crafted suggestions on way foward to manage taxes collected from the public devoid of state control. Also saw the need to radically overhaul the current defective constitution which has created loopholes that has allowed graft be perfected by the successive regimes, Kenyans protest notwithstanding. Much has some of the leaders led by Prime Minister Raila Odinga have been craving tooth and nail to fight graft, weak laws still make their efforts fruitless. In my mashup, I try to dig into possible solutions.

Could Changes in Law Salvage Kenya out of the Economic Woods?

This is the million dollar question that Kepher Otieno posed as he critically reviewed the Global Integrity Report: Kenya.

An Editorial by Kepher Othieno of Kisumu, Kenya

For many years Kenyans have had to contend with endemic corruption rampant in the country indicting the central government negatively for alleged mal-administration. That corruption is to blame for the high cost standards of living and stalled viable developments projects across the country, is a fact hitherto.

The Global integrity Report: 2009, speaks to the fact that the global recession is hitting Kenya. Foreign credit is harder to get, and donors are increasingly reluctant to give budget support or even famine relief — with so many ceaseless signs of corruption. The situation is exacerbated by the cost of a bloated cabinet and the negative economic impact caused by January to February 2008 post election violence sparked by disputed Presidential elections results that many Kenyans rejected as “deeply flawed”.

This is augmented by the fact that many businesses were affected and paid less taxes, as many segments of the economy were not functioning due to the bloody violence that left more than 1000 dead and 300,000 uprooted from their homesteads. This post-election violence haunts Kenya to date. Fresh memories still linger in citizens’ minds even as the country braces for tougher reforms through the envisaged proposed new constitution that will be subjected at the referendum by August this year.

That a sunder, when the U.S. Secretary of State Hillary Clinton visited Kenya last year, she said the solution to our problems lies with the country; meaning Kenyans and the elected leaders. Kenya, Clinton said, must change by implementing imperative reforms key to our economic growth.

Other experts have said the same thing, but little in the way of action is assured. Internalising the situation in Kenya, one would realize that strong institutions like the Judiciary and anti-graft bodies like Kenya Anti Corruption Commission (KACC) can only live to their word when we reverse our culture and attitudes toward them and uphold the rule law.

However, the odious task and catch is how we get to that, when government officials are the worst violators of the rule of law. Strikingly, we have given leeway to a culture of impunity that knows no might or strength of the existing law.

In the wake of the proposed new Constitution awaiting to be published by the Attorney General Amos Wako, Kenyans must be ready to overturn the dominance of political marginalization and oppression on tribal lineages perpetuated by the successive regimes. Citizens must rise up and denounce politics of oppression by sealing the defective clauses in the old laws that create room for abuse of office and revert to politics of the ordinary citizens versus the rulers. This means we must vote Yes and accept radical overhaul of current laws which are “archaic” as the new laws will redress most of our current problems.

I argue so because, it feeds into our fears and weak emotions…and when the ordinary man becomes fearful the opportune run roughshod and shamelessly loot with wanton abandon.

In fact, we could have the most perfect of laws but unless we wean ourselves off of the attitudes that some people are too big for our set institutions, we will yap about corruption until the “sacred cows come home.”

Secondly, you cannot eradicate poverty when an economy is a dependent want. We have a national economy that relies on decision of the Central Government to distribute capital and scant resources. I think we need to review our tax system, so we have a progressive income tax code which will ensure that we have an economy run by the people and not by donors That will weigh the responsibility to the bottom and result into a bottom-up momentum that will demand for more accountability from the government and rid our politics of reckless leadership with impunity where rule of law is relegated to the periphery as “stomach” dictates what to do.

I somewhat admit that graft can only be minimized and is not easy to stamp out completely since its so difficult to control human behavior , but when there’s a culture that knows that an act of corruption is an opportunity lost somewhere and eventually a big loss to a nation then everyone has the guilty conscience to avoid it. The thing we must do is try to reverse the business as usual attitude by empowering the masses that have nothing to lose, but themselves by standing up and advocating strongly for a people-responsive government.

This laced with my argument of progressive tax system that must be effected. If we use the tax money to create jobs and get people working, then we are striking at the root cause of graft. Then, as they pay more tax they realize that they run the government and will demand more accountability and so you don’t get suspected individuals elected to office. With this ensured and supported by strong legislations by an Act of Parliament, Kenya will smart from corruption woes haunting it.

We have relevant acts that specify tax collection like the Kenya Revenue Authority Act. When KRA collects that money, they must put it into prudent management devoid of abuse knowing that the citizens will be on their toes. Right now, Kenyans pay tax but have little say or they are just tired of rampant graft. We need just to have a tax regime that is independent of the control of our politicians.

Kenyans must demand that leaders are kept accountable

This is why one civil society rights activist and analysts-Mwalimu Mati.
Mati, of the Mars Group, claimed that Kenyans’ disgust with their government has peaked at dangerous levels. “There is a revolutionary feeling among the public,” he says. “Now it is no longer a tribal issue. People are starting to talk in class terms … I am hearing people say that they want to have a “barefoot president.’ Anyone but the one they have now.”

The pressures that are now building are especially dangerous given the lean economic times. And citizens are taking notice. Mati further argues, “Nobody trusts our government with money or grain anymore,”

Kenyans have been treated to tough talk, much noise and little or no improvement at all. To reverse this trend the citizens must be empowered through thorough civic education to keep the leaders on check and demand periodic accountability of those in power. I must submit that Kenyans are learning that trick. The peoples power has overturned haphazard decisions imposed on us and pushed corrupt leaders out of office. And, this pressure and tempo must be sustained until sanity is restored in central government.