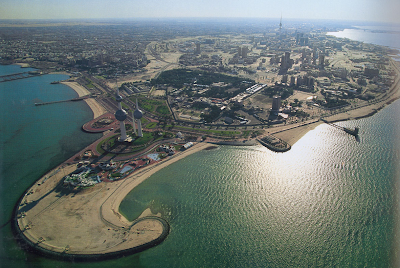 Kuwaiti journalist Mohammed Abdulqader al-Jassem is back in jail.

The outspoken opposition lawyer and reporter was arrested Tuesday for the second time in six months. Al-Jassem has become a symbol of free speech in the midst of the Kuwaiti government’s increasing campaign to silence critical voices. Kuwait has been a rare bright spot in a region known for strict limits on journalism, but &nbsp;that reputation appears to be in decline.

Kuwait has seen a decrease in journalistic integrity in the past three or four years due to mounting government pressure on journalists and media outlets. According to the Global Integrity Report: Kuwait, it has become more commonplace for journalists to accept bribes and critical views are less likely to be published. In the midst of this repression and in a nation where journalists are not free to report news that is damaging to public figures, Mohammed Abdulqader al-Jassem’s ongoing struggle to preserve his personal freedom of speech has turned him into an activist for wider issues of press freedom.

In November 2009, al-Jassem was arrested on vague slander charges. He was held in jail for over 60 days while law enforcement officials refused to identify his charge with a specific article or incident. During this time, al-Jassem bravely refused to pay the bail for his release, choosing to use his case as a public display of Kuwait’s retrenching press freedom. In a show of solidarity, MPs, lawyers and fellow journalists protested this detention, continuing to raise the profile and national awareness of al-Jassem’s case. This incident did not go unnoticed by the international community: Human Rights Watch, Reporters without Boarders, and the Committee to Protect Journalists all actively called for the release of al-Jassem and followed his sentencing period. It wasn’t until last month, April 2010, that al-Jassem was finally sentenced for comments he made at a human rights conference where he claimed the prime minister was unfit to rule and should resign. For this, al-Jassem received six months in prison.

After his sentencing, al-Jassem acquiesced, paying bail and awaiting an appeal outside of jail. A warrant was again issued for al-Jassem’s arrest on Tuesday. According to Reporters without Borders, al-Jassem has gone on a hunger strike to protest his “political arrest” and has been subjected to hours of questioning in his first night of detainment. According to the report, prosecutors were reaching as far back as a book al-Jassem published in 2006 in their interrogation. It is not clear if charges have been attributed to any specific piece yet.

While the hunger strike is a good way to drive international attention to the suppression of opposition voice in Kuwait, al-Jassem’s protest could have a negative effect in journalism circles in his own country. Will al-Jassem’s case embolden Kuwaiti journalists continue to critique the actions of their political leaders or has al-Jassem’s struggle discouraged reporters and activists by exposing the intense personal risks that could come with challenging government officials?