Can Civil Society be “Made in Rwanda”? 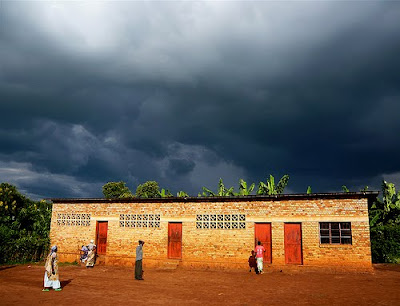 Earlier this month, the National Democratic Institute (NDI) hosted an event to discuss Rwanda’s August presidential elections and the potential implications both nationally and on upcoming elections throughout the Great Lakes Region. Even before the floor was opened to participant questions, it became clear that those closely following Rwanda’s path to democracy are not interested in predicting election results; President Kagame is expected to win reelection in a landslide. Instead, Rwanda watchers have their eyes on the larger issue of what “civil society” means in Rwanda – and whether it exists at all. In a country haunted by genocide, imbued with a distrust of both organized non-government organizations and the international community, and yet determined to become a model for development in Africa, the responses to this question are elusive and often inflammatory.

Just a week prior to the NDI event, I was in Rwanda for a Global Integrity Dialogue workshop, a convening of in-country stakeholders to discuss national-level corruption and governance trends. Nathaniel Heller and I presented the findings of the Global Integrity Report: Rwanda as a starting point for prioritizing potential anti-corruption reforms in the country. In the course of our two days of legal debates and policy discussions, Rwanda’s national pride left a strong impression. While I recognize my experience in Rwanda as brief and my understanding of its history to be far from expert, I did notice characteristics which may be helpful in considering whether “civil society,” as we think of it in other countries, exists in Rwanda today.

While most Commons readers are familiar with the concept of civil society, I want to define this hairy and often muddled concept upfront, as best as it can be. Ann Floini, a Senior Fellow at the Brookings Institute, sums it up quite well, arguing: “Civil society, that ill-defined, amorphous realm of human associations that are not family or government or for-profit seeking businesses.” (Floini 2004, 72). It is important to recognize civil society as not just a collection of unrelated, tangentially connected or fully networked organizations, but also as the space within which these organizations live and carry out their work.

On our first full day in Kigali, members of the Rwanda Governance Advisory Council, which helped Global Integrity to organize the workshop, offered to show us around town. While driving along the collection of hills and circles that make up Kigali, one of our contacts proudly pointed to the clean, curbed streets as a sign of her country’s development. She attributed this in part to the nationwide government-mandated day of community service. On the first Saturday of every month, she told us, citizens pitch in on a neighborhood project, including street cleaning, as a sign of solidarity and community investment. As she described this practice, my mind immediately gravitated to Rwanda’s historical legacy of forced labor days. These appeared in colonial times, as Tutsi chiefs (with the support of colonial officials) mandated that those who were not migrant laborers or employees of Europeans work for the local chief and for the state. Forced labor continued after Rwandan independence as part of the government’s agenda to equalize land control. Mahmood Mamdani discusses the post-independence renewal of communal labor in his book When Victims Become Killers:

“Forced labor for the state, usually once a week, and usually on Saturday, became an institution, as part of the ‘custom’ initiative by the revolution. Called umuganda, it was formally launched by the president in February 1974 and was often explained in literature as ‘cooperative communal labor.’ This bit of compulsion was used to marshal unpaid labor for public projects, such as planting forests, constructing terraces to fight erosion and building bridges” (Mamdani 2001, 146).

The term umuganda was again redefined by the state in early stages of the genocide. As early as 1990, “local officials were instructed to kill Tutsi as part of their communal work obligation. Killings came to be referred to as umuganda (communal work)…” (Mamdani 2001, 194).

Today, community service days are seen as part of the national development agenda and to support local community-building. After each service Saturday, our contact told us, a forum is held for community-members to voice any grievances they may have. The existence of monthly service days today highlights the inescapable role that government plays in all aspects of Rwandan life, even in neighborly community service projects. This looms large in thinking about the identity of civil society in the country today. 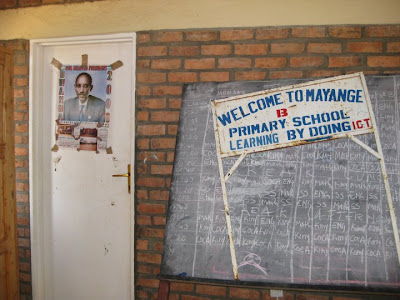 In Rwanda, the idea of citizen participation is largely understood in primarily local, village or neighborhood-based settings. This was reflected during the Dialogue workshop in participants’ reactions to Global Integrity’s findings on citizen input into the national budget process. Global Integrity’s Rwanda scorecard identifies how the public has little ability to provide input into the national-level budget as it moves its way through the legislature. Rwandese participants adamantly stated that at the local level, citizen input is welcomed through more traditional village-based forums and local government officials. The legacy and effectiveness of these institutions were unquestionable to the workshop attendees, rendering moot the need to open the parliament floor to citizen or CSO input during budget debates. The pride with which Rwanda’s unique, home-grown institutions, whether government-mandated service days or village-based forums, are held is overwhelmingly strong.

This pride was also reflected in the NDI event last week, where an energetic and at times contentious debate erupted on the issue of the vibrancy of civil society in Rwanda today. Attendees of last week’s event noted that before the genocide, Rwanda had a strong and active civil society. But it was through that same organized civil society, which included political parties and churches as well as government-run media, that genocide propaganda was disseminated to the public. Leading up to and throughout April 1994, civil society was a force for violence and “divisionism” (a now politicized term in Rwanda referring to the highlighting of the differences between the country’s Tutsi, Hutu, and Twa ethnic groups). It should not be a surprise, then, when Western analysts such as Nancy Welsh of the National Endowment for Democracy argued at the NDI event that, “the very existence [of civil society in Rwanda] is a question.”

Outside observers seem to expect Rwandan citizens to react to the events of 1994 by constructing their own critical space to serve as government watchdogs and voice anger and frustration over past events. In Rwanda, this appears not to have occurred to any great extent. Today’s reality is that state power pervades civic life in Rwanda, leaving little room for independent or opposition activities. Many of the home-grown forums and mechanisms that Rwandans are proud of are enabled and legitimized through their connection to the state. Monthly, government-mandated community service days serve as an example of the government’s direct involvement in national and local community building. The integration of community life with government processes through village-level budget discussions also highlights the local reach of the state. This integration can have positive effects as a means to galvanize public engagement in the policy process. But in Rwanda, this seems to have instead led to a scenario where a bold, outspoken and visible opposition is unlikely, if not impossible, to emerge.

What is clear from both the discussions at NDI and from my brief time in Kigali is that the Rwandan government has chosen to be an exception to the rule. President Kagame has consistently called for the need for Rwanda to be free of international aid in order to avoid the dependency trap of other African nations and to control its own democratic progress. While in Kigali, I even came across newspaper headlines to the tune of “pay your taxes to avoid international dependence.” Rather than be the “Singapore of Africa” as some have suggested, Kagame wants Rwanda to create its own identity and path to democracy, simultaneously serving as a model for its neighbors.

Rwanda’s civil society is also an exception to more classic concepts of “civil society.” It does not fit a freely vocal, oppositional model nor does it fit with spaces for public interaction in government policy decisions. Recent reports of the suspension of two Kirwandan-language newspapers have caused many international human rights and media organizations to attack Kagame as actively repressing those with critical views. The very public arrest and trial of political opponent Victoire Ingabrie, the fleeing of two military generals abroad, recent grenade attacks in Kigali, and the arrest of an American lawyer have added to Kagame’s growing reputation for authoritarianism. Through a decontextualized lens, these events can be strung together in a narrative of “authoritarianism,” much like what we see in other one-party states such as Vietnam, Cambodia or China.But the reality is much more complex and fits less well with this somewhat simplistic narrative.

When I discussed the shuttering of the two newspapers with journalists and other media watchers in Kigali, they all spoke to the low reputation of the recently suspended newspapers, which were more gossip rags than government watchdogs — far from anything we would think of as a credible source of hard news. While the government should simply have taken the papers to court over their allegedly slanderous stories, they chose to make an example of the two papers. Whether that was to “scare off” other critical voices or simply out of public relations naïveté (or both), it is hard to say. Regardless, onlookers must avoid applying the simplistic “authoritarian-government-stifles-public-watchdogs” narrative to this scenario as it does not reflect the whole story.

So does civil society exist in Rwanda?

While the concept of a civil society can be debated and must be contextualized, a robust civil society, one that is independent from government influence, is not a full reality in Rwanda today. Informal community-groups do exist, in addition to more formal local non-profits, church networks and various political parties — not to mention the presence of international non-government organizations. However, these are almost unanimously tied into or legitimized by government in some fashion; and the current absence of a vernacular media outlet further lessens the opportunity for independent debate.

Is there a need to actively create more independent spaces for citizen voice?

While the existence of open space for citizen debate could potentially yield positive impact (if Rwandans choose to utilize it), this will not be achieved through imposing a Western civil society model on a nation where the mistrust of international input is well-known. (In 2008, the U.S.-based Millennium Challenge Corporation launched a multi-step civil society building project in Rwanda.) The question of citizen participation is not negligible here, as the historical links between civil society groups and the genocide remain in the memories of many Rwandans. Likewise, little will be gained through exclusively blaming the government for Rwandan civil society’s lack of effectiveness. At the NDI event, Gaston Ain, who works for NDI’s political party strengthening program in Rwanda, repeated the refrain that international analysts and practitioners need to understand and respect the Rwandan context if they want to have any impact in nurturing the country’s nascent civil society. The pride with which Rwandans discuss their country and its progress after 1994 make it apparent that Rwandan civil society must take on a home-grown identity to have any chance of sticking.

Oh, and as for the upcoming elections, the ostensible topic of discussion at the NDI event: there was little doubt among participants that the RPF will take the vote, providing President Kagame with one more term to make Rwanda the development model for Africa.