The “Wax and Gold” of Ethiopian Anti-Corruption Efforts 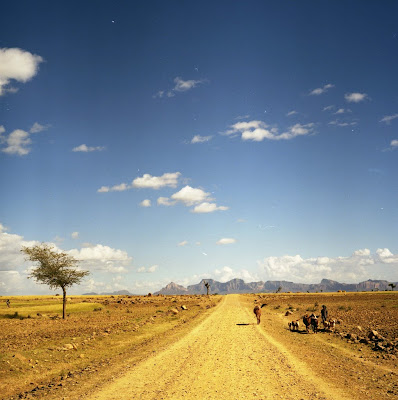 Thanks to Bill Easterly’s AidWatch blog, we just ran across this excellent piece in the New York Review of Books laying bare the challenges of promoting effective development programs (and by extension, governance reforms) in Ethiopia, despite the massive amount of foreign aid that has poured into the country in the past decades. The piece’s thesis is that the Ethiopian government has mastered the art of “spinning” donors to gloss over human rights violations and authoritarianism by deploying the right rhetoric — it mentions “a type of Ethiopian poetry known as ‘Wax and Gold’ because it has two meanings: a superficial ‘wax’ meaning, and a hidden ‘golden’ one. This dichotomy tracks with a bizarre experience we had in the country that we thought we’d share.

In 2008, Global Integrity published its second Global Integrity Report assessment for Ethiopia, assessing the existence and effectiveness of key anti-corruption mechanisms at the national level. What we found was one of the largest “implementation” gaps we had ever seen for a country — that is, the gap in our data between the existence of laws and institutions designed to curb corruption and their actual implementation. Ethiopia was talking the talk but not walking the walk, in other words.

Throughout the country’s 2008 Integrity Indicators scorecard, you’ll find issue after issue where all government policy decisions — whether to enforce and defend the independence of the internal government auditor or launch an anti-corruption investigation involving government officials — had to be vetted by the ruling party. Unfortunately, Ethiopia exhibited the all-too-common symptoms of a country where the anti-corruption agenda is abused to target political opponents and help the ruling party retain its grip on power.

When we shared the early findings with one well-known aid agency’s office in Addis Ababa (the donor agency shall remain nameless), we received significant push back. The donor was particularly concerned about our less-than-stellar data assessing the effectiveness of the Ethiopian Federal Ethics and Anti-Corruption Commission (FEAC), the country’s central anti-corruption agency. Despite our indicators pointing to a pattern of FEAC being selective in which cases to pursue based on whether senior government officials might be implicated, we were assured that FEAC was indeed highly effective and independent. When we asked for evidence of that despite virtually no cases having been brought by FEAC against “big fish” within government (despite widespread knowledge of conflicts of interest involving senior officials and state-owned enterprises), we were told…wait for it…”But we sent them [FEAC staff] for two weeks of [anti-corruption] training in Stockholm!”

And if that doesn’t explain why so many donor-driven anti-corruption initiatives fail, I’m not sure what does.