Why France’s Woes Over Money in Politics are Unsurprising 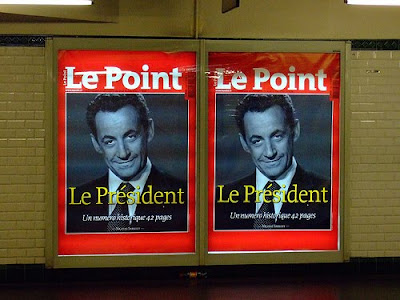 The political financing scandal that has rocked the French government in recent weeks does little to dispel the notion that France suffers from “rotten politics.” Although President Sarkozy continues to deny the allegations that he and his party took illicit cash contributions from a wealthy conservative benefactor, critics have already started to deride his government for favoring the wealthy elite of France at the expense of the average French citizen. The uproar comes at a time when Sakorzy is looking to push through tough austerity measures that would eat away at the country’s cherished welfare state, further pouring fuel on the fire.

While the recent scandal has been portrayed as unexpected in the mainstream media, the France scorecard included in the Global Integrity Report: 2007 foreshadowed much of the current crisis. In fact, France’s safeguards to guard against these kinds of political financing scandals seemed to lag behind other EU members such as Spain and Germany.

At the heart of the problem for France is that while safeguards regulating the financing of political parties and candidates are well articulated in law, enforcement has often been spotty at best in France. Our indicators from 2007 noted that political campaigns in France were particularly susceptible to accepting private sector contributions that skirted or violated French political financing laws. Perhaps more problematically, the assessment noted that French citizens (and importantly, the media and local civil society organizations) had difficulty accessing the financial records of political parties and candidates within a reasonable time period, with political parties often times concealing information pertaining to financial support.

France has been tailoring legislation over the past decade to try and clean up problems in political financing. Following a wave of reform in 1995, private donations were capped at 7,500 euros annually to a political party and 4,600 euros to a candidate, whilst donations exceeding 150 euros were required to be donated by check rather than cash. The recent scandal has helped to remind the French public that caps alone will not suffice, however. A recent BBC article called attention to the ability of political parties to donate money to each other in a completely unregulated fashion. This loophole has fueled the development of largely unregulated satellite groups that serve as vehicles for collecting money for political parties. To paraphrase Captain Renault, should we really be “shocked, shocked to find that [political financing scandals] are going on [in France]?”

What’s arguably more shocking is that despite the fact that these scandals crop up like clockwork in OECD countries, little has been done to tackle the problem systematically. This may also explain why so many OECD donor countries have engaged so little in the developing world on issues of political financing reform, instead preferring to treat governance and transparency reforms as apolitical, technocratic projects rather than true political-economy challenges. It’s also why political financing remains the number one anti-corruption weakness globally, according to Global Integrity data, and why we should expect more of the same moving forward in both the global North and South.

Is Mexico becoming a “Failed Narco-State”?