What We Learned at the Governance Data Alliance Design Meeting 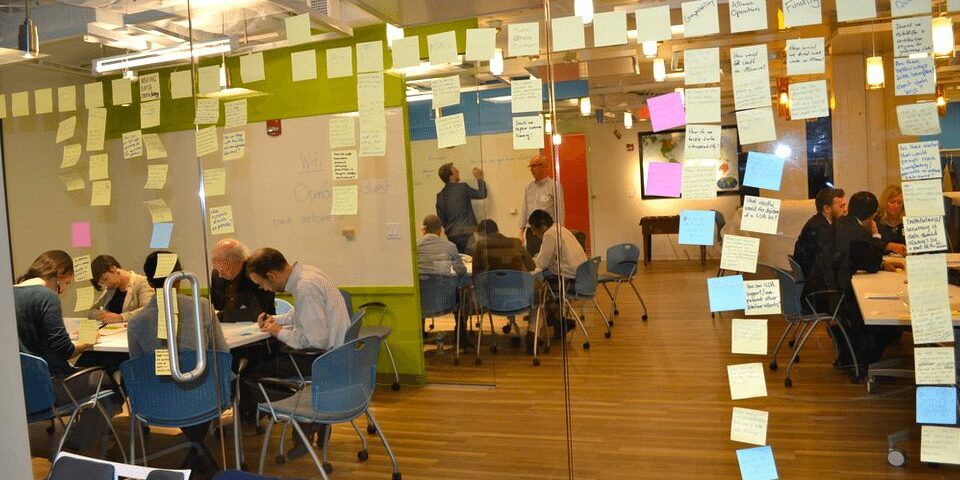 Last week, roughly 40 colleagues gathered at the OpenGov Hub in Washington, D.C., to brainstorm and debate around possibilities for a Governance Data Alliance, an idea focused on improving coordination in the production of governance data while simultaneously establishing and strengthening feedback loops between producers and actual users of those data.

The gathering was co-organized by Global Integrity and the Millennium Challenge Corporation and facilitated by the terrific Allen Gunn of Aspiration. The results of a pre-event scoping survey was visualized and mapped by the craftsmen over at Vizzuality. You can check out all of that data over at dataalliance.www.globalintegrity.org, see pictures of the meeting over on Flickr or read comments from participants on twitter using #governancedata.

As we talked about publicly before the meeting (on multiple blogs, including here and here), our intent with this quick get-together was to explore whether there was sufficient interest in this diverse and ad hoc group to take an exploratory process forward—and, if so, to identify the big questions we’d need to collectively answer to determine the initial contours of a potential alliance. We did not intend to answer any of these big questions during the two days of the meeting or design any solutions or outcomes. Instead, we were focused entirely on sussing out the major, “Gee, we really need to figure that out” issues.

The good news is that there was a strong consensus to take an exploratory process forward. We also managed to identify a number of core, meaty items that need further unpacking in the coming months if a governance data alliance is to add value—a process we’ll be taking forward through a number of ad hoc working groups. Those working groups are open to anyone interested in being part of the conversation, regardless of whether you attended last week’s meeting. Here’s what we’ll be focused on:

Making our assumptions explicit about how better governance data can lead to improved outcomes (or as Toby Mendel from the Centre for Law and Democracy pointed out, we need a clear and compelling theory of change). We all think that better data on governance can—when the data is used—help improve governance and service delivery outcomes. But we have a variety of views about the ways in which better governance data can lead to improved outcomes. Maybe it’s about policy makers being able to make better-informed decisions; maybe it’s about citizens’ groups being able to hold decision makers accountable; maybe it’s about donors being able to incentivize governance reforms. An essential starting point in working out how a Governance Data Alliance can help is to make explicit the ways in which we think better data can lead to better outcomes. This should enable us to focus more clearly on addressing the challenges and obstacles that sometimes prevent better data leading to better outcomes.

Refining and settling on an initial problem statement(s). During the course of our meeting, we identified a range of problems that a potential Governance Data Alliance could help address. Poor communication between governance data producers (which manifests itself in redundant country coverage and coverage gaps) is one; similarly poor communication between producers and users leading to wasted effort in the production of information no one actually uses is another. While users struggle to gather standardized, machine-readable data, unused zombie governance data and methodology repositories continue to propagate (examples are here, here, here, and here). But which of these (and many other challenges) should we collectively seek to address first (or second)?

Membership. Who might participate in a future alliance from all three cohorts (users, producers and enablers)? How would participation be extended, candidate organizations vetted and cats herded so as to keep the collective a manageable yet very large tent? As Rita Ramalho of the IFC reminded us, each of these cohorts are robust communities by themselves! We owe a thanks to John Samuel of Development Studies for asking out loud: how we can avoid letting this process and an eventual alliance be dominated by NGOs and actors from Northern countries?

Governance (how meta!). How would an eventual alliance be governed? Who sets the rules of the game, and where does power and decision making reside? If a staff is needed to take the process forward, who should they be and where should they sit? Vincent Lazatin of the Transparency and Accountability Network in the Philippines put in some heroic work in teeing up these issues.

Just what is “governance data?” While we intentionally parked any debate around the definition of “[good] governance” for a later date, we know we need to resolve this to some degree of satisfaction moving forward. Is “governance data” third-party NGO ratings of government performance? Internal public sector administrative data like accurate counts of birth certificates? Household surveys asking about satisfaction with government service delivery? All of those, or something completely different? Ernst and Young’s Kelly Terrill led a break out session that made clear there is unmet demand for all different aspects of governance data from non-traditional corners as well.

Producer coordination. There are many ways in which governance data producers can better coordinate and improve efficiencies. But should that start with simple communication and awareness-raising around anticipated coverage patterns or extend more aggressively to shared in-country research teams or streamlined methodologies and question sets? Global Integrity’s Hazel Feigenblatt is already helping to coordinate an initial team across several data producers to begin tackling this.

Tackling the feedback loop problem. We all agreed there was a huge need to establish and nurture better feedback loops between governance data producers and users. Vanessa Tucker of Freedom House spoke about the value of face-to-face meetings with governments interested in “unpacking” the data. But in the vast majority of cases, producers have very little understanding of who actually uses their data and whether their data has any impact in terms of behavioral change. Users typically have little access to producers to share concerns or thoughts for improving methodologies and data samples. Shyaka Anastase from the Rwanda Governance Board highlighted how this disconnect can lead to mistrust. Tackling the feedback loop problem could take a number of forms, from a simple “switchboard” service that connects users with producers (and vice-versa) to a more ambitious model where producers and users are permanently and regularly talking to one another. Where’s the right place to start?

Funding. Most of the anticipated activities under an eventual alliance would not be cost-free, even the lowest-hanging fruit. How would we source financial support to operationalize the vision? Is there a healthy role for high-intensity users of governance data to recognize more publically that governance data doesn’t grow on trees, but rather requires continued and non-trivial investment? The philanthropic funders in the room—Elizabeth Eagen, Mark de la Iglesia, and Subarna Mathes from Open Society Foundations; Libby Haight from Hewlett Foundation; and Laura Bacon from Omidyar Network—were incredibly gracious in engaging in these discussions without awkwardness.

While the above issues will be tackled in the working groups moving forward (coordinated by a coordination “super” group that keeps all of those trains running on time), many others will also be addressed and wrestled with in the coming months. And we need your help and interest.

Very soon, we’ll be putting into a place a public mechanism for inviting additional friends and colleagues into this process on completely equal terms. While you’ll have as much influence over the outcomes as anyone else, there’s a catch: You’ll need to put in some real effort and sweat equity, possibly several hours each week. Keep an eye on this blog for updates on that front.

In the interim, if you have interest in plugging into things sooner, just give us a shout at nathaniel [dot] heller [at] globalintegrity [dot] org and mandavilleap [at] mcc [dot] gov. Stella Dawson from Thomson Reuters Foundation, who added a wonderful media practitioner’s perspective to the meeting, has also published a summary piece on the event here. We’ll also be publishing more extensive notes and transcripts from the meeting, so keep an eye out for those as well.