Populist Plutocrats: Lessons from Around the World 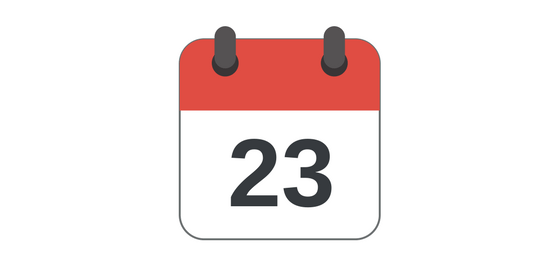 This blogpost originally appears on the Global Anticorruption Blog on September 6, 2017.  It is re-posted with permission here with additional commentary by Johannes Tonn, Director for Integrity and Anti-Corruption, followed by the full text of the original post.

We are pleased to cross-post the below invitation for a one-day learning event on September 23rd at the Harvard Law School on the theme of “Populist Plutocrats: Lessons from Around the World,” organized by Professor Matthew Stephenson. The original post can be found on the Global Anti-Corruption Blog (GAB), a source for information and discussion on questions of integrity and anti-corruption that is often times helpfully controversial — and entertainingly so; Take a read, if you haven’t!

The reason to cross-post this invitation is to amplify its reach. We encourage you to take advantage of this opportunity to learn from other countries’ experience in addressing the challenges that present themselves when elected leaders wield powers in ways that serve their own rather than the public’s interest.

At Global Integrity, we have likewise thought about how we might contribute to strengthening the efforts of domestic organizations to safeguard democracy in the US. Together with the Sunlight Foundation and the OpenGovHub we organized an initial brainstorm session in July, bringing together organizations vested in addressing these challenges, to consider what we might do together. Following this informal huddle, we are pleased to have secured seed funding from the Omidyar Network to take the next steps: Stay tuned for an announcement of how this project will shape up this coming week. (Full disclosure: Matthew is part of this initial group and we agreed that our independently conceived efforts should reinforce each other’s — which is why we are gladly promoting his effort).

We are excited about the September 23 event and hope to learn not just about plutocracy overseas but also about how other countries’ experience can inform and inspire domestic organizations: Our own Nada Zohdy will attend – so please get in touch if you want to connect.

On Saturday, September 23rd, Harvard Law School, in collaboration with the University of Chicago’s Stigler Center, will host a one-day conference entitled “Populist Plutocrats: Lessons from Around the World.” The conference will focus on an important and dangerous phenomenon: political leaders who successfully exploit anti-elite sentiment in order to achieve power, but who, once in office, seem primarily interested in enriching themselves, along with a relatively small circle of family members and cronies. Many Americans might find that this description accurately captures President Trump, who campaigned as a populist, but who is governing as more as a “crony capitalist” plutocrat—or, some would allege, as a quasi-kleptocrat.

Americans seeking to understand the challenges our country is now facing might do well to look abroad. After all, while Trump’s leveraging of the power of the presidency for personal enrichment—enabled by anti-elite sentiment among his supporters—may well be unprecedented in modern U.S. history, it is not, alas, unprecedented in the modern world. Indeed, while every country’s experience is different, and we must always be careful not to overstate the parallels, many other democracies have had leaders who could be described as populist plutocrats, or even populist kleptocrats, in something like the Trump mold. While such resemblances have occasionally been noted (see, for example, here, here, here, and here), there has not yet been much of a sustained attempt to understand populist plutocracy/kleptocracy and closely related phenomena in comparative perspective. The September 23 conference will seek to initiate more sustained exploration of these issues, and will also provide an opportunity for experts from other parts of the world–who have more experience with political leaders who combine populist rhetoric with self-interested profiteering and cronyism–to offer a distinct perspective on the challenges the United States is currently facing.

The conference will feature the following panels:

The conference is free and open to the public. More information, as well as a registration page, is available here. For more background on the motivation of the conference, Professor Zingales and I also have a short piece on the Stigler Center blog.) I hope to see many of you in a couple weeks here in Cambridge. For those who are interested but cannot make it, the conference will be live-streamed and video-recorded; more information on the live-stream will be available soon.