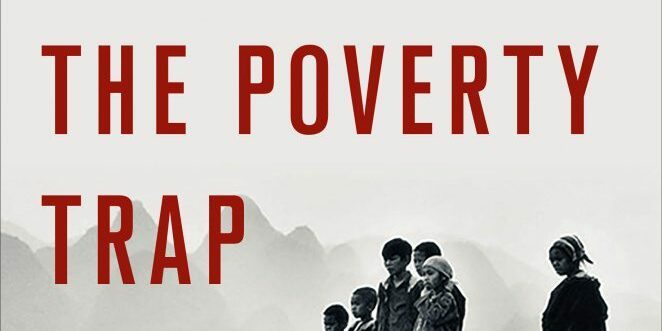 This blogpost is by Professor Yuen Yuen Ang. It originally appeared on Devex August 24, 2017, and is reposted here with permission. Commentary by Alan Hudson, Executive Director followed by the full text of Professor Ang’s post.

We are very much looking forward to hosting Professor Yuen Yuen Ang at the OpenGov Hub, in Washington DC, on September 14th – keep an eye on the OpenGov Hub events page for details! Professor Ang’s analysis of how China escaped the poverty trap – and her wider work on complexity and development – raises hugely important questions for the governance and development agenda, questions which are increasingly to the fore (see our post on the World Bank’s groundbreaking 2017 World Development Report for instance). For those of us working at organizations which have historically been heavily involved in conducting assessments of whether countries meet certain standards of “Good Governance”, and which have a focus on supporting progress toward more open and effective governance, these questions cannot be avoided.

If we are serious about supporting progress towards more effective governance, and better development outcomes, we need to be open to evidence and analysis that challenges our assumptions and can sharpen our thinking, including about the value of open governance. We hope the evolution of our thinking on the notion of “Good Governance”, as regards measuring governance,  about the value of open governance, and our recent call for more critical and collaborative exploration of how data can make a difference demonstrates our willingness to question assumptions, including our own, and look forward to hosting Professor Ang in two weeks’ time to be challenged some more!

It has become a creed in global development that “good” institutions, such as rule of law, private property rights, and formal accountability, are necessary for economic success. Yet establishing good institutions is simultaneously dependent on the level of economic development.

Poor countries, lacking resources and capacity, struggle to actualize good institutions and governance within a short time. How then can they escape the vicious cycle of poverty and poor institutions?

If poor communities can have strong leadership, competent bureaucracies, control of corruption, modern courts, enforcement capacity, and all the good institutions found in the developed world, poverty would be eradicated. Or so we hope.

In the past decades, the global development establishment has invested tremendous efforts to improve governance and spread best practices in the impoverished South, hoping that this would lay fertile ground for economic growth. Yet after numerous reforms, the results have been largely disappointing. Sometimes, they even backfire.

One problem is that poor societies lack capacity to implement best practices. For the sake of looking good and qualifying for conditional aid, they may copy the formality of good institutions without actually practicing it. The result is a persistent gap between formality and reality, which reinforces cynicism. Indeed, as Lant Pritchett and Michael Woolcock, two leading voices in global development, emphatically state, imposing best practices has been “a root cause of the deep problems encountered by developing countries.”

How can poor, traditional societies become unstuck? By examining how markets first emerged in the absence of — rather than through — good institutions and favorable conditions.

China presents a natural candidate for investigation. In 1980, China was poorer than Chad and Bangladesh. Although the Chinese Communist Party was in power, the bureaucracy had been wrecked by three decades of turmoil. In particular, the Cultural Revolution — a 10-year campaign of political persecution — devastated state capacity.

Did China escape poverty by first establishing private property rights, eradicating corruption and hiring technocratic officials? No, it did not.

Instead, China decentralized development, leaving local governments to make the best use of whatever resources they had at hand. The latter turned personalist, patronage networks in the bureaucracy to their advantage. All civil servants were deployed to recruit investors using personal relationships; in return, they each received a cut of investments made. By first-world standards, such a bureaucracy defied best practices, it fitted the needs of early development.

Subsequently, as local economies grew, the goals of development evolved: from desiring any investment to only high-quality investment. Evolved preferences and new resources propelled local governments to recruit professionals and formally protect property.

Once spelled out, the logic of my argument is obvious: We can only spark change with what we have, not with what we want. Seen through the lens of the first world, the institutions that prevail in poor, traditional societies typically appear “weak/wrong/backward,” that is, inconsistent with the norms of wealthy democracies. But if we remove our normative bias, what appears to be “weak/wrong/backward” institutions can be repurposed to kickstart entrepreneurial activities.

China is not unique. Many parallels are found in early periods of Western development and pockets of the developing world today. For example, in Nigeria, local filmmakers leveraged piracy as a nimble distribution network. In antebellum United States, large infrastructure projects were financed through risky “taxless” financing schemes, similar to methods seen in China today.

The possibility of harnessing weak/wrong/bad institutions to build markets prompts a revision of our understanding and practice of development. Here are three key policy implications:

Development professionals don’t have to throw away all best practices. Certain best practices, such as rules of debt management and anti-laundering, should be adopted to solve technical problems. But when faced with economic and political problems, transplanting best practices from the developed world to the developing world often won’t work. Instead, we should leverage existing local institutions.

For instance, in Afghanistan, religious leaders may be more effective than modern courts at resolving conflicts. In Senegal, the traditional land tenure system defied principles of individual ownership, but it promoted a well-managed ecosystem and agricultural production.

Research on developing countries is filled with stories of failure and corruption. That developing countries lack ideal preconditions for growth is already well known but not useful. It’s time to turn our attention to research, especially case studies, on how to build markets using apparently weak/wrong/bad institutions. This body of research is necessary for turning past experiences into public policy.

Existing international indices, such as the World Governance Indicators, assume a single, universal standard of good governance. Such measures perpetuate the idea that only the institutions found in wealthy democracies are good and that everything else is inferior. This obscures our ability to detect and leverage nonstandard practices in poor countries for development.

The World Development Report 2017 breaks new ground by stressing institutional functions over forms. As Yongmei Zhou, co-director of the WDR 2017, writes, “That a poor country can harness the institutions they have and get development going is a liberating message… [It] challenges our prevailing practice of assessing a country’s institutions by their distance from global best practices.”

Loosening our normative bias, changing the focus of our research and reforming the way indices are done will not be easy. But the payoffs are huge. If even a small portion of the apparent problems of the developing world can be turned into solutions, this will dramatically expand our toolbox of development.