The White House and the World Development Report 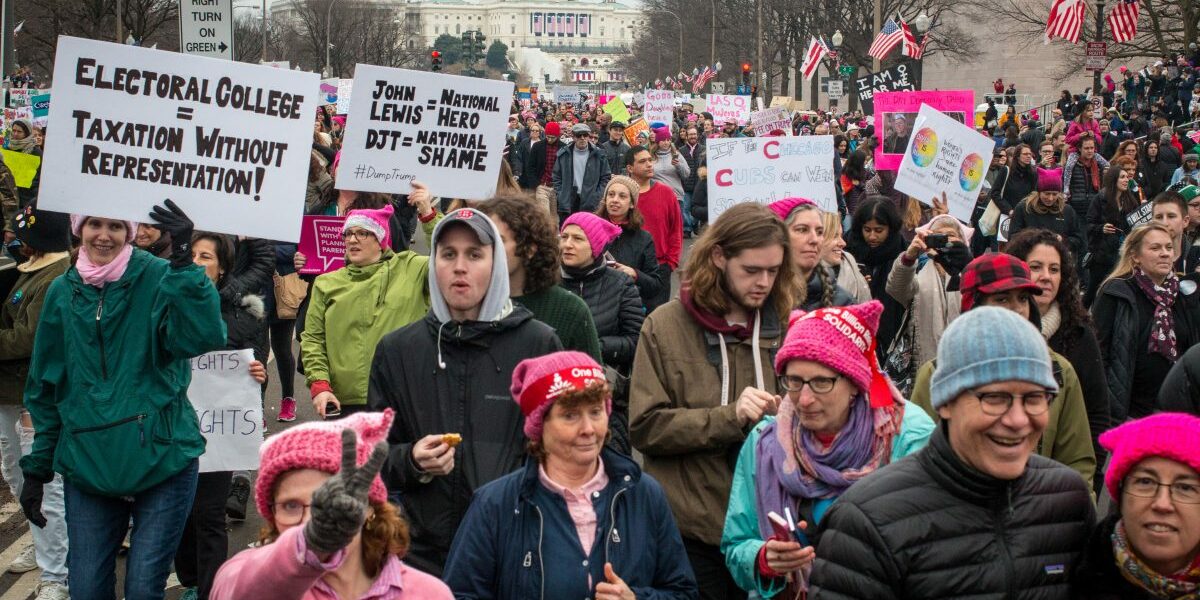 Governance matters. That’s not a new claim, nor a controversial one, but for a British citizen and a European, currently living in Washington DC, it is one that is felt more sharply than ever right now. Indeed, yesterday’s launch (video here) of the World Bank’s World Development Report for 2017 was very much overshadowed in the USA by the reality of a Donald Trump Presidency that has hit the ground sprinting, with Executive Orders on immigration, the extension of the Global Gag, the threatened rollback of legislation on extractives transparency, the undermining of press freedom, the increased politicization of the National Security Council, an apparent constitutional crisis about the relationship between the executive and the judiciary, with more to come.

For me, this posed a question. Should I spend Sunday afternoon marching against the “Muslim ban” or preparing for the launch of the World Development Report (WDR) on Governance and the Law, hosted by the French development agency, AFD, in Paris? Tough call. I opted uncomfortably for the latter, optimistically hoping that nudging policy and practice on governance and development might help to forestall further crises of governance. (I’d be keen to hear from others – including colleagues with long practical experience of living through governance crises – as to how they balance their day jobs, with responding to urgent and important real-world governance challenges!).

Personal dilemmas aside, yesterday was a day that we had been waiting for. We’re not naive about the impact that World Bank publications can have on policy and politics, or even practice at the World Bank, but the World Development Report for 2017 is a big deal (see here for the views of Stefan Kossoff at DFID, the UK development agency, and here for Brian Levy’s take). The WDR makes the case: i) that development outcomes are not as good as they could be; ii) because effective policies are not implemented and bad policies remain in place; iii) and that this is because of the nature of governance and its underlying political dynamics and power asymmetries.

So far, not so revolutionary, you might say. However, the new and improved version of “Governance Matters” represents an important shift for the World Bank, signaling a move beyond the notion of “Best Practice” and the “Good Governance” mantra, towards a clear acknowledgment that different approaches to addressing governance-related challenges will be needed in different contexts, and an acceptance that the role of external actors should be a modest one of supporting countries’ efforts to find their own path towards sustainable development. As Debbie Wetzel, the Senior Director of the World Bank’s Governance Global Practice put it in the Press Release: “successful reforms are not just about ‘best practice’. They require adapting and adjusting institutions in ways that build more effectively on local dynamics and address specific problems that continue to stand in the way of development that serves all citizens.”

On paper, this is exciting stuff. Turning it into practice at the World Bank and other development agencies, with their own political dynamics and constraints, and where a results agenda focused on “value for money” can obscure the fact that progress comes about by trying, failing, learning, and adapting, will not be easy. But comments from Paul Romer, the Chief Economist of the World Bank, about the “difficult but fundamental” challenges which the WDR poses for the World Bank, and his hugely welcome emphasis on acknowledging complexity, being humble, trying things out, and learning along the way, suggest that the World Bank may have an appetite for further investments in exploring the value of adaptive approaches to addressing the politics of development, in order to support the design and implementation of policies that will more effectively deliver results.

We have been closely engaged with the World Bank as regards the WDR for a number of months (see here, here and here; see also here and here from Duncan Green). And we’ve been keen to make the case that a focus on supporting adaptive learning might provide a way for the World Bank, as well as other external partners, to play a useful role in country-owned efforts to craft effective policies. This is very much in line with, and informed by, our strategy, our learning plan and – iteratively, of course – by the projects we are implementing with partners around the world, including with Making All Voices Count and with partners in Mexico on open fiscal governance.

So, we are excited to be part of the conversation about operationalizing the insights of the WDR for 2017, including in the countries where the World Bank seeks to support governance reform. We are also keen to connect the conversations about thinking and working politically, and doing development differently, with those about open governance. For instance, we are exploring how greater support for politically-engaged adaptive learning can strengthen the effectiveness of a strategically refreshed Open Government Partnership (see here for the Mid-Term Review of OGP) as well as the impact of other multi-stakeholder governance initiatives.

From the USA – from from urban to rural areas, from Democratic states to Republican states – and from Nigeria to Mexico and Pakistan, the value of open governance is that it can support the iterative, adaptive, politically-engaged and locally-owned design and implementation of policies that meet citizens’ needs. But for that to happen, as Friederike Röder from the ONE Campaign argued at the launch (see here for the ONE Campaign’s work on transparency, including on extractives transparency – under threat in the USA today), citizens must be part of the policy process and the ultimate arbiters of policy effectiveness. The protesters making their voices heard outside the White House, around the USA, and in many countries around the world, would, I think, agree.