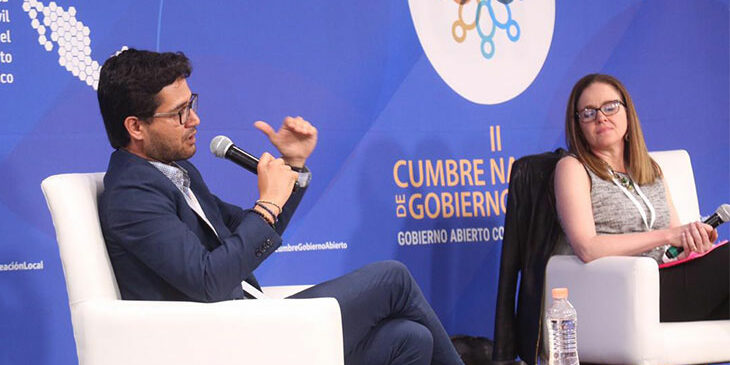 Open government champions in Mexico face significant challenges at the federal and state levels. The federal open government partnership process stalled after the espionage carried out by the previous administration and only recently got back on track. At the same time, open government processes in many states have stalled (see short summary of recent subnational open government work in Mexico). Despite these setbacks, many leaders in government, access-to-information institutes, and civil society remain committed to advancing the open government agenda.

I had the pleasure of joining many of these leaders at the Second Mexican Open Government Summit in May 2019. The summit was a great opportunity to reconnect with Global Integrity partners, including our good friends at Instituto Nacional de Transparencia, Acceso a la Información (INAI) and GESOC, explore how we can build on our ongoing work together in Mexico, and further support reformers in their efforts to drive progress toward more open government and better fiscal governance in states and municipalities across Mexico.

During the Summit, I had the chance to present as part of the following sessions:

I was able to reflect on, and share lessons from, Global Integrity’s years of subnational open government work in Mexico supporting local and federal partners trying to strengthen fiscal governance (see box below for more information). A few key lessons are worth sharing here:

Where do we go from here?

In recent years we have seen the demand for the use of the approach we’ve applied in Mexico grow steadily. Several of our Mexican partners are using our Treasure Hunt method  to tackle additional issues in their contexts, and other partners (such as open government fellows in 11 additional states) are exploring opportunities to leverage open government processes to access and use open fiscal data to address local challenges.

We also have begun to explore opportunities to build a wider and stronger network of partners following the money in Mexico and beyond.

If you would like to know more about this work, how you can use it in your context and share and learn from peers facing similar challenges, please do not hesitate to reach out to me via email at [email protected] or on Twitter @J_florezh and @globalintegrity.