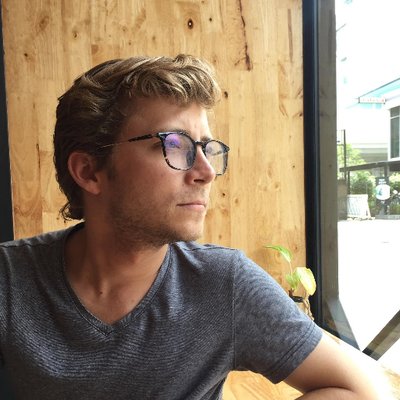 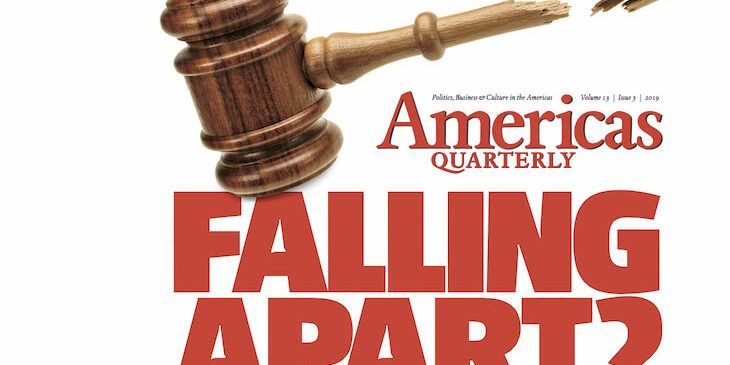 Latin America’s corruption busters are struggling—at least, that’s the thesis of the latest edition of Americas Quarterly. In an issue headlined “Falling Apart?” the magazine reflects on the past five years of scandal, prosecution, and attempts at reform in Latin America. Across more than 20 countries, over a dozen presidents have been indicted or convicted and billions of dollars of graft and fraud exposed. Together these efforts amount to arguably the biggest legal and social counterattack on corruption in world history.

Yet as this important volume makes clear, prosecutors and investigators in many countries have stumbled in the past year, plagued by external attacks and missteps from within. In some cases, champions of anti-corruption movements became so powerful they could not resist the urge to become political forces in themselves. Look no further than Brazil’s crusading judge Sergio Moro, who controversially accepted an offer to become President Bolsonaro’s justice minister last year. Moro has since been embroiled in scandal over leaked messages that suggest improper coordination between justices and prosecutors, as well as political bias behind some of his cases. Similarly, in Peru, an aggressive judiciary has been criticized for being too quick in disqualifying political candidates from office and in detaining prominent political figures before trial (or even indictment).

In other countries, once-thriving independent prosecutors have been gradually recaptured by political elites. Nowhere is this more true than Guatemala, where lame duck President Jimmy Morales has fought to cripple and expel a groundbreaking UN anti-impunity commission known as CICIG. Morales was elected on a pledge to protect CICIG, but seemed to change his mind once the commission began to investigate his own affairs. Now Guatemala’s anti-corruption movement, once a shining beacon, has faded to a dull matte.

Overall, this vivid picture of Latin America’s fading momentum suggests the dangers in seeing corruption as a struggle between good and evil. As editor-in-chief Brian Winter writes, “turning prosecutors and other law enforcement officials into ‘superheroes’ may have fueled a dangerous hubris — and a disregard for rules and norms.” Punishing widespread misconduct, as an end, has justified all sorts of means.

Even more importantly, Latin America’s experience shows how exposing corruption without implementing structural reforms is inherently unsustainable, potentially even destabilizing. As Daniela da Silva and Pedro Abramovay note, “increased levels of accountability for perpetrators of corruption, in the form of investigations and prosecutions, will not necessarily lead the region towards more democratic, ethical and responsible practices.” Unless the underlying incentives are changed, the cycle built “on a history of domination, colonialism and inequality” will continue. Instead, they write, “the public outcry generated by corruption cases [must be channeled] into support for structural political reforms.” Corruption, in short, should be prevented before it occurs, not just prosecuted after the fact.

This lesson is fundamental to much of Global Integrity’s work on corruption and the (mis)use of public resources, as the following examples illustrate:

Such work to prevent corruption has two main benefits: first, when the affairs of state—particularly its financial affairs—are publicly accessible from the beginning, corruption is less likely to occur. Second, a focus on opaque areas of fiscal governance can help shed light on any structural corruption vulnerabilities that are in need of reform.

In assessing approaches to structural reform, the list by Brendan O’Boyle, Emilie Sweigart, and Benjamin Russell on “Fighting Corruption: What Works/What Doesn’t in the Americas Quarterly issue (which is worth reading in full) is particularly helpful. While recognizing that cookie-cutter approaches to corruption have their limits, this list ranging from corporate liability laws and asset forfeiture to open procurement and international collaboration provides a to-do list of sorts for any would-be anti-corruption reformers.

And that’s true even if you don’t live in Latin America. One of the biggest lessons from our ongoing “Defending Democracy: Lessons from Around the World” program (run in partnership with the Open Gov Hub and the Sunlight Foundation) is just how applicable and helpful comparative case studies can be in fighting corruption and building strong institutions. A recent working paper published by the Cities of Integrity research project conducted as part of our Global Integrity Anti-Corruption Evidence (GI-ACE) research programme  notes how “research from a variety of—often barely connected—perspectives has contributed to [the] evolution of anti-corruption strategies from a philosophy of compliance to one of integrity.”

Latin America’s successes in addressing corruption should be an inspiration for the world. While reformers elsewhere may dream of such rapid and profound political movements against corruption, we know that addressing complex problems will take learning and adaptation to local contexts, refining solutions along the way. (See Global Integrity’s Strategy and Theory of Change.) There are lessons to be learned in failure, as well as success. “Otherwise,” as Winter concludes, “justice — and ultimately democracy itself — may recede once again.”