After nine months of research and review, we are pleased to announce that the latest round of Africa Integrity Indicators (AII) is ready for feedback.

Data for the current round 8 can be downloaded in both Excel (xls) and Comma Separated Value (CSV) format and can be viewed below.

How To Provide Feedback?

We appreciate your feedback, whether it is concerning specific scores and comments, or suggestions for improving our overall process. Every year, several governmental officials, practitioners and concerned citizens help us strengthen our dataset by sending valuable feedback. You are invited to join them, as this is a great way to improve the quality and reliability of our work.

We are also curious to hear how you use our data and what were your conclusions from their use.

Comments on the provisional data must be sent by May 31, 2020, to ensure they are reviewed. The final data is expected to be released early July 2020, as soon as we incorporate all your feedback.

What are the Africa Integrity Indicators?

AII is a research project that focuses on African governance in practice, examining how policies are implemented to support governments, citizens and civil society. It assesses different aspects of transparency, accountability and social development across 54 specific indicators collected every year.

Each indicator is based on a qualitative comment and on reliable sources. Scores are attributed based on clear criteria, offering a snapshot of the yearly situation in each country.

This is the eighth year of collecting the AII data, creating a wealth of comparable data across countries and over time. It’s a team project, involving input from on-the-ground researchers for all 54 African countries, as well as country experts and subject-matter experts that review the research. You can find our complete methodology here.

Our data can be used as a tool in four unique ways: 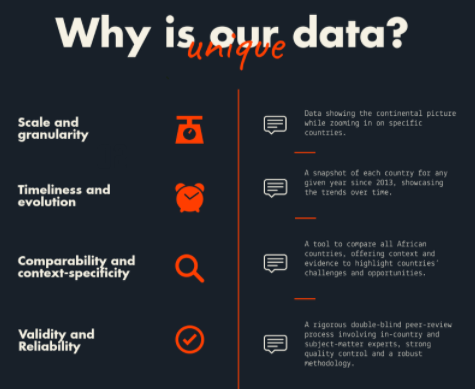 Who uses our data?

Our data is used by concerned citizens, journalists, researchers and others interested in African public governance.

Several institutions also use our dataset. The Ibrahim Index of African Governance and the World Bank’s Worldwide Governance Indicators (WGI) integrate some of our indicators into their work. Through the WGI, our data also provides the Millennium Challenge Corporation with information that informs its decisions about country eligibility for Millennium Challenge Corporation compacts.

What have we discovered this year?

Here are some preliminary findings — they represent different ways to use our data: identifying specific trends on the whole continent or in a region; assessing progress over the years within a country; or examining the indicators which experienced high levels of score fluctuations from one year to another.

Freedom of speech – a worrying year for Africa

Our latest research shows that freedom of speech has faced significant setbacks.

This is most prominent in indicator #56, which evaluates government restraint and self-censorship for citizens’ online content (blogs, social media, etc). This is the indicator with the highest overall net score decline compared to last year: 19 countries’ scores decreased, while only 6 increased. Several countries have used temporary internet blackouts in an attempt to mute citizens’ online comments: Benin, Comoros, Liberia, Mauritania. Several other countries have introduced laws to limit online content like Botswana, Lesotho, Mauritius, while some increased pressure on social media users, with increasing arrests, notably in CAR, Liberia, Mauritania, Rwanda.

To a lesser extent, indicator #55, which evaluates government restraint and self-censorship for traditional media outlets, also saw a decline in overall scores. Eleven countries experienced a score drop (10 countries decreased by 25 points, and one by 50, out of 100), while only 3 increased by a total of 75 points. Researchers found an increase in governmental threats against journalists in Ghana, Liberia, and Nigeria.

The independence of national statistics at risk

The second-largest area of decline was indicator #93, which evaluates the independence of each country’s Office of National Statistics. Not a single country improved in this domain, and 12 countries experienced score decreases, notably Burundi, Mauritius and Tanzania.

Tunisia: following up on the Arab spring – A country-specific case-study

Tunisia’s indicators show the country’s difficult journey following the 2011 revolution, which launched the Arab spring. Scores have steadily increased for indicators evaluating institutions, in particular, the justice and auditing agencies (indicators 1 to 18). But developments were uneven in terms of civil liberties and rights (indicators 65 through 76). After earlier setbacks in the rights to associate freely (indicator #67)  and on enabling NGOs’ work (indicators #68 and #69), this year has shown progress. In fact, Tunisia was the country that experienced the highest overall score increase this year, by a total of 300 points across all 54 indicators evaluated this year.

Mali, Niger and Burkina Faso: the impact of a regional crisis

The security crisis in the Sahel has had an impact on governance since its beginning in 2012. Social developments have been affected, with all countries facing increasing barriers in delivering social programs. In Mali and Burkina Faso, this is particularly noticeable for governmental programs to increase the socio-economic integration of youth where coverage is increasingly difficult (indicator #101). In the three countries, anti-corruption agencies (indicator #9) and statistical agencies (indicators #91,#92 and #93) struggle to fulfill their mandates.

Indicator #85, which evaluates the percentage of women appointed to the national cabinet, experienced one of the two highest overall net score increases compared to last year: 9 countries’ scores increased, while only 5 decreased. Of the nine countries that saw score improvements, three experienced significant changes: Ethiopia (from 13.8% to 50%), Gambia (from 11% to 20%) and Guinea-Bissau (from 16.7% to 50%).

We look forward to receiving your feedback! Look out for updates regarding AII as we share additional findings and publish the finalized data in July 2020.

Africa Integrity Indicators: New data, a new round, and transitioning to Africa! 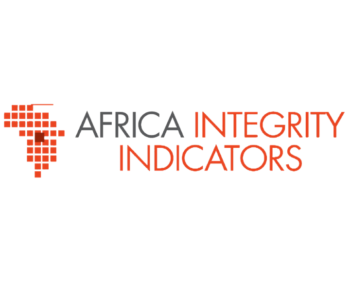 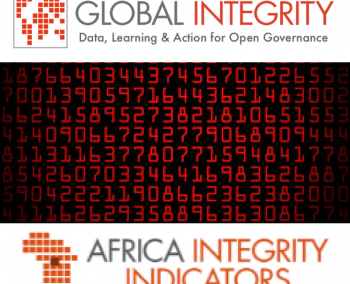