Outside In: What the Movement for Black Lives can learn from Tunisia’s revolution 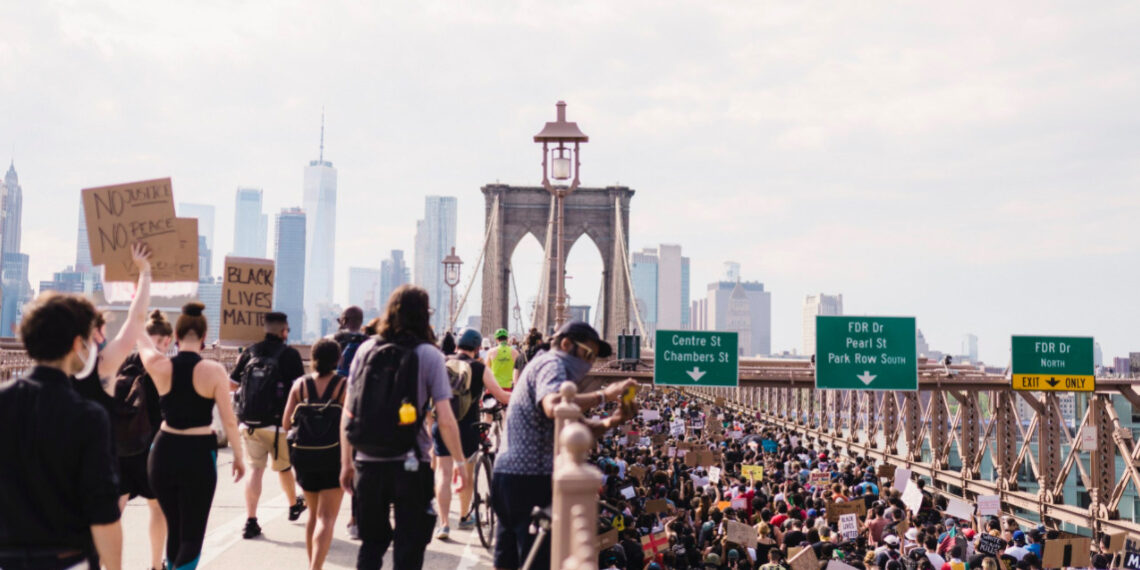 In December 2010, in the small town of Sidi Bouzid in the North African country of Tunisia, a street vendor named Mohamed Bouazizi lit himself on fire and ultimately took his own life as a last resort to protest police harassment and ongoing oppression under decades of dictatorship.

This act of desperation brought to the surface years of latent popular frustration at Tunisia’s authoritarian regime and repression of even the most basic human rights. It led to nationwide demonstrations that resulted in the first of several Arab Spring movements, which toppled dictators and brought about a transition to democracy in Tunisia.

Ten years later, in the city of Minneapolis, George Floyd was killed at the hands of American police. This act of aggression brought to the surface years of latent popular frustration at America’s long-standing systemic racism and the senseless killings of black people. It has led to nationwide demonstrations and unprecedented statements, from major corporations and public figures to small grassroots NGOs.

Bouazizi’s death was the tipping point that sparked Tunisia’s revolution (and movements in many neighboring countries). Will Floyd’s death be a revolutionary tipping point in America?

Parallels with the Arab Spring

We can’t help but see at least three major parallels between the current fight for racial justice in the United States, and the fight for democracy across the Arab world 10 years ago.

Even with these parallels, we are still far from seeing headlines like: “How George Floyd Sparked a new American Revolution” or “The arrest that led to the rebirth of America.” But based on lessons learned from Tunisia’s revolution, we think these factors might further catalyst the Movement for Black Lives in America:

Learning from the past

Of course, there is no way to predict the future, but we can always learn from the past. Movements across borders have learned from each other and adapted each other’s strategies and tactics in powerful ways (CANVAS, Rhize and ICNC are just a few of many organizations who help international movements share lessons with each other today). Because in the end, the struggles for justice are universal — for an end to racism, for accountable public institutions, for societies that respect basic democratic values and human rights.

So let’s use this moment to accelerate the sharing of lessons between activists across countries.

As Americans, let’s remember to avoid double standards when observing and supporting democratic movements in other countries compared to our own.

And as international allies of the American struggle for racial justice, let’s show our solidarity not only with statements but also with practical, tactical, and strategic lessons that might help this movement to fully capitalize on the current moment.

The seeds of today’s dissent go back to a long and bloody history of colonialism and white supremacy in the United States. Yet just maybe, by doubling down on international exchange and solidarity and learning lessons from historical and international movements, we can help make sure that George Floyd’s death — like Mohamed Bouazizi’s — truly was not in vain.