It takes two: What happens when the open governance and peacebuilding communities work together? 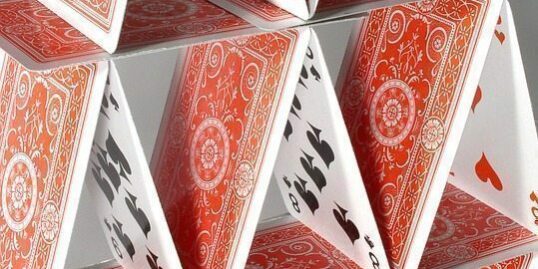 Dave is a consultant, facilitator, and writer who has been supporting Global Integrity on a variety of projects in recent months. More on his work with us here, and on his work in general at his own blog.

Governance reform is a nearly universal need—even the world’s oldest democracies still struggle—yet the need is greatest in fragile states. However, external support for governance reform often takes a back seat in such places. Where the social contract has broken down and the institutional capacity of the state to deliver goods and services is nearly non-existent, ending or preventing violent conflict is often seen as a more pressing concern. What if that didn’t need to be a trade-off, and instead we found ways for governance and peacebuilding to support one another fragile contexts?

That question was at the heart of a conversation in DC last month. The hosting organizations were wide-ranging: Global Integrity, Saferworld, the OpenGov Hub, and Development Gateway. There were also representatives in the room from a handful of other NGOs, plus a few donors, and a smattering of consultants. The topic: “Openness in Fragile Environments.”

As Saferworld’s Chris Underwood pointed out, this was explicitly a gathering of two tribes. Though there were some participants who blurred the lines between governance and peacebuilding, we were largely drawing from two different analytical frameworks, types of expertise, and even sets of experiences.

Why these two groups

Governance reform and peacebuilding work are both challenging for a number of similar reasons: ambiguous outcomes, contested definitions of success, lack of clear metrics, highly political interventions. While not completely unique to these two sectors, such challenges are more acutely felt by governance and peacebuilding practitioners than in many other corners of the social impact and development space. That alone suggests the possibility of fruitful exchange.

There was a further logic to this pairing: each tribe’s goals potentially support the other’s, though there is a need for cross-tribe learning to ensure that happens.

For example: Opening and improving governance is a key enabler of better public goods and services, whose absence can be a conflict driver of concern to peacebuilders in many contexts. Unfortunately, fragile environments hold high potential for unintended consequences. Open governance advocates have much to learn from peacebuilders’ experience with uncertainty and the practical application of “do no harm” principles, such as analyzing how open governance efforts can avoid exacerbating dividers, and instead support connectors and local capacities for peace.

At the same time, peacebuilding that helps communities work together and build social capital can feed into engagement with governance systems, which is a key component of open governance. Bridging state-citizen divides can be informed by the experience, tools, and technologies of open governance reformers in other contexts—appropriately adapted, with local ownership built through participation.

One of the most interesting aspects of the conversation was the discussion of narratives. The stories we tell are central to how groups relate to one another. In fragile or politicized settings, narratives are always contested and typically manipulated by elites, which means they can drive either conflict or peace. Narrative building can be a tool for peacebuilding.

If you are inclined to think of governance as being that set of institutions through which society peacefully handles conflicts and transmutes violence through rule-based channels, then there are close feedback loops between peacebuilding, governance building, and narrative telling. Opening governance contributes data to those narratives, potentially acting as a fact-checker, and invites more authors to join in the storytelling.

External actors may have a special role to play in that process. Though not completely free from narratives and perceptions of our own roles, we are potentially able to identify and unwind some of the narratives that drive conflict, acting as a third-party broker, source of validity, or provider of other support.

What next for this group?

The event ended with an open question to participants on the next steps. Is it worth making this a standing community of practice? Compiling case studies? Organizing larger meetings?

In my observation, we need to move from convening to collaboration. Though many of these ideas have been reflected in past analytical work (such as the World Bank’s 2011 World Development Report on Conflict, Security, and Development), the conversation pointed toward the need to bring these threads together in practice.

Peacebuilders know that just having contact between two groups is often not enough to create better relations. Working together toward common goals unlocks a new sense of joint identity and learning about the other party. Similarly, learning at all levels—individual, organizational, sectoral—is better driven through thoughtful action that tests and iterates ideas in practice, rather than by simply talking.

In the same vein, the most promising path toward developing and spreading better practice is the near-term funding of joint projects, followed by the medium-term disassembly of institutional silos. The conversation has kicked this off; let’s move to joint projects that enable the two tribes to put their complementary strengths to use.

Other posts on the same event: