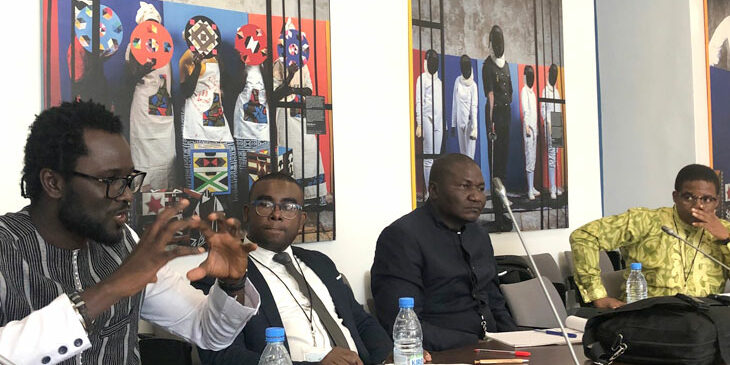 Fighting kleptocrats at the international level is not enough

The complexity of kleptocracy (in which those governing seek status and personal gain at the expense of the governed) has implications for the approaches taken to address this particular corruption problem. It operates and manifests differently from one country to another, with its many tentacles reaching into different sectors and beyond the borders of nation–states.

Individuals often do not recognize how kleptocracy affects the quality of public service delivery, for example, and this is not different in Central Africa. To further complicate matters, Tutu Alicante, executive director of EG Justice (a leading anti-kleptocracy organization spearheading efforts in Equatorial Guinea), notes that many Central Africans “see corruption as cool,” expecting government officials to loot public resources.

Traditionally, efforts to fight kleptocracy at both the international and national levels have focused on targeting the actual kleptocrats through sanctions, strategic litigation, investigative reporting and, more recently, regulating enabling white-collar services. There is growing recognition, however, that in-country activists can and should play a crucial role in complementing these efforts by ensuring the specific challenges and circumstances that define each case are taken into account and responded to.

The question of how local organizations can make progress in the fight against kleptocracy was raised by four civil society organizations from Central Africa during a February 2018 workshop organized by the National Endowment for Democracy (NED). With seed funding from NED, these organizations—ADISI–Cameroon, EG Justice (Equatorial Guinea), Public Interest Law Center (Chad), and Sassoufit (The Republic of Congo)—created the Central African Coalition Against Kleptocracy to more effectively tackle kleptocracy in their countries, learning with and from one another.

The coalition approached Global Integrity to support efforts to integrate and leverage a learning approach in order to maximize the collective effectiveness of the coalition partners. Global Integrity’s support builds on the insights and techniques tested in previous projects, such as Follow The Money and Making All Voices Count, through which we have worked with civil society organizations in testing, reflecting, and adapting in real-time to become more effective in addressing complex challenges related to corruption and the use of public resources.

To craft their theory of change, the Central African Coalition Against Kleptocracy recently convened for three days in Dakar, Senegal. First, coalition members were asked to take stock of existing efforts to fight kleptocracy to help tease out how a joint and coordinated approach might add value. Building on this reflection, coalition members then thought through and designed a tailored theory of change to guide their efforts to tackle kleptocracy.

Articulating a clear theory of change is crucial in providing project partners with a framework to discuss intended outcomes, unpack implicit assumptions about how change happens, and sketch out a roadmap of how stated goals will be achieved.  A clear theory of change is needed to identify indicators to track progress, which, in turn, can help stakeholders make informed decisions about course corrections and adaptations in cases where actions may not have the intended outcomes.

What makes this project different from prior work around kleptocracy in the region is that the coalition is focusing on educating citizens about the negative impact on the everyday lives of people when kleptocrats steal money and resources. The coalition expects that by raising awareness of the impact of kleptocracy, the personal stakes will be increased, incentivizing individuals to act and demand change. This, in turn, will increase pressure on the government to take action and ensure resources are distributed more fairly, making it harder for kleptocrats to stay in power and operate unchecked.

The coalition will implement this pilot project over the course of six months, with Global Integrity providing reflection spaces and facilitating the use of tools and techniques to adapt along the way and help track whether the intended goals are being met. We are excited about this project and welcome any questions or thoughts. Look for more updates of emergent learning over the coming months.